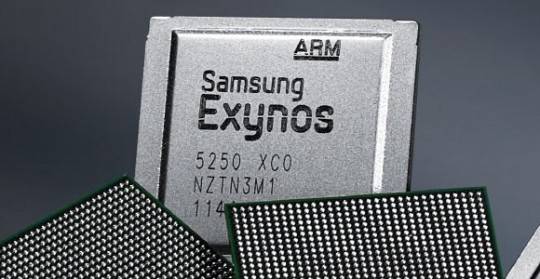 Some strange news has appeared this weekend from the folks at XDA Developers that have been digging around in some of Samsung’s Exynos kernels. It looks like a pretty big exploit has been found in the kernel for many of Samsung‘s Exynos powered devices. There’s both good and bad news with this exploit so head down below for more details on this new found glory.

First for the bad news. The developers have found a very simple exploit in Samsung Exynos kernels, specifically the Exynos 4 processor line. The exploit essentially effects most Samsung devices running their dual-core Exynos processors. Multiple Galaxy S II models, the international Galaxy S III (US uses Snapdragon) the Galaxy Note, Galaxy Note II, and a few others are all a part of this problem.

The problem you ask? The exploit is a bug that easily gives developers (and potentially malware) access to the RAM of the device, all of it. Completely free to do as you please. This makes it extremely easy to now root all of these devices — even ones like the Verizon Galaxy Note II. So while that’s extremely good news that we can root all of these devices with a simple one-click APK, it leaves the same phones wide open to potential malware and problems as any malicious app could easily root your device, and have full access to do as it pleases.

The awesome developer Chainfire has already released a 1-click APK that will use the exploit to root all of these devices, so that’s awesome, but hopefully something gets done about this to protect users from the other possibilities. So while this is great for the modding community it isn’t a good thing for the rest of users. XDA has already contacted Samsung with the information so surely a fix will probably get under way as soon as possible. For now we’ll be able to easily root all these Exynos 4 based devices, but the average user should be cautious as to what they download from the Play Store. I’d be sticking to well known apps and games if I had any of the above devices. We’ll update once we know more, if Samsung comments, or once they get an update rolling out to solve this pretty large exploit. More details are available from the via below.