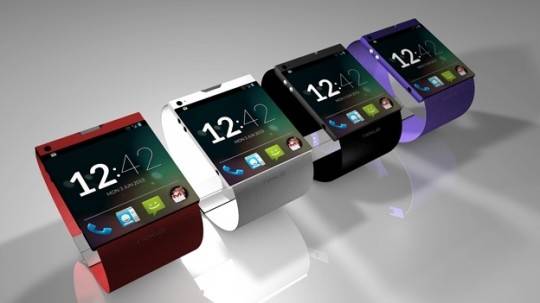 The Samsung Galaxy Gear is a name that many have likely become familiar with through the recent rumors and speculation. As of September 4th though, the watch will be getting an official announcement. We have yet to see many of the specifics for the watch, however the Galaxy Gear name and the announcement date were recently confirmed by a Samsung executive.

This confirmation has come by way of a recent interview that Lee Young-hee, Samsung’s executive vice president of mobile did with The Korea Times. Comments on the watch included how it will be a “wearable concept device” and that it “will enhance and enrich the current smart mobile experience in many ways.” The other bit mentioned was how the Galaxy Gear will not have a flexible display.

It looks like we now have confirmation that Samsung will be announcing the Galaxy Gear smartwatch during an event on September 4. This is just before IFA 2013 officially kicks off and as a reminder, we will be live on-site to bring the latest news coming out of the show.

That aside, there is one important aspect that still needs some clarification. Well, that is in addition to the specs and finer points. The use of the term “concept” seems to imply that Samsung is going to unveil the watch and maybe even show it off but not have it ready for release just yet. Of course, that would stray from past Samsung history.