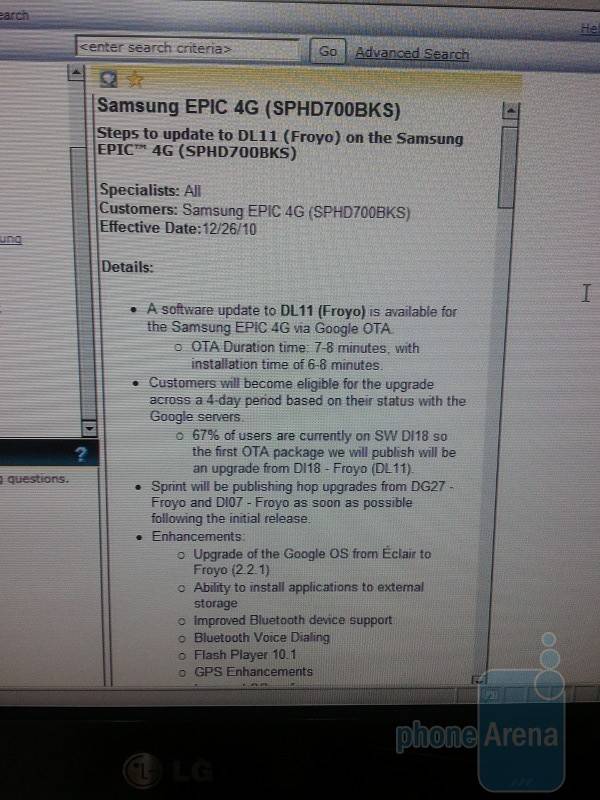 With the holiday season in full swing, getting a bunch of presents (or even just one present) is something to look forward to. It looks like Samsung is ready to give owners of the Epic 4G, the Galaxy S variant that released earlier in the year for the Sprint Network. If a leaked screen shot is any indicator, then Sprint is getting ready to release the Android 2.2 update in an Over the Air update, beginning the day after Christmas.

The build is DL11, and it’s set to begin rolling out over the airwaves on December 26th. There’s no telling at this point how close it compares to the DK28 build of Android 2.2 that was leaked not too long ago. With the official update, if you’re not rooted and doing your own thing, you should receive an update notification on the day in question, or soon after, letting you know you can update your device. Spint apparently expects all devices to get the update within four days after its initial roll-out.

Here’s what you should expect from the update:

Any Epic 4G owners out there not already running the leaked version of Froyo, and anticipating the Christmas present for your phone?