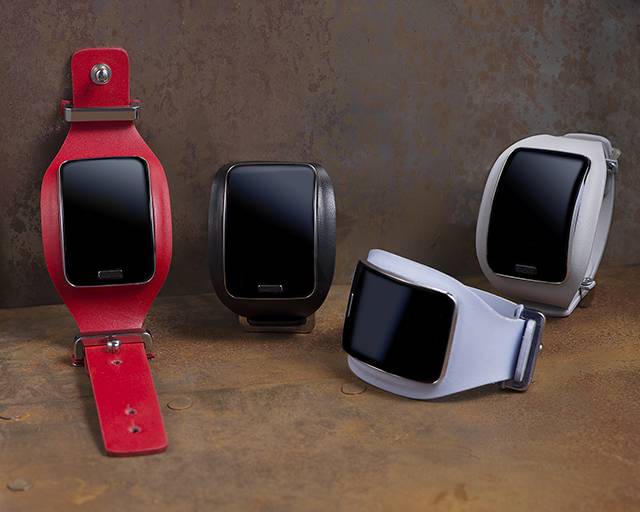 Smartwatches are not just for functionality, but apparently, it can also serve as a fashion accessory. Samsung has teamed up with fashion line Diesel Black Gold to create accessories for its brand new smartwatch, the Samsung Gear S. This will be part of the Spring/Summer 2015 show of the Diesel line which is headed by its creative director Andreas Melbostad.

The creative team at Diesel Black Gold has designed bands and straps for Samsung’s newest wearable device that reflects both the OEM’s technological innovativeness and the fashion line’s unique look inspired by “New Wave rock stars and tough rockabilly heroines”. Melbostad said he found it challenging to inject their DNA into the smartwatches and make them “extensions of a person and his or her individual expression” by turning the devices into fashion items.

It’s not the first time that Samsung has tried to merge technology and fashion. The “Swarovski for Samsung” collection added another stylish member to its family when it unveiled their exclusive collaboration, a crystal-studded strap for the Samsung Gear S as well. But this time around, instead of high class and luxurious-looking, the straps that Diesel Black Gold has created is more for the cutting-edge and stylized individuals who prefer the signature leather and metal look of a brand like theirs. Aside from the accessories, the two brands will also be working on a 360 video for the SS15 runway show that will be played on Samsung’s other toy, the Gear VR.

The Samsung Gear S is a 2-inch OLED display smartwatch that runs not on the expected Android Wear platform (which is what the previous Gear Live runs on) but on Tizen. It has both Bluetooth and 3G connectivity, which makes jt possible for the gadget to standalone, without being connected to a smartphone or tablet.