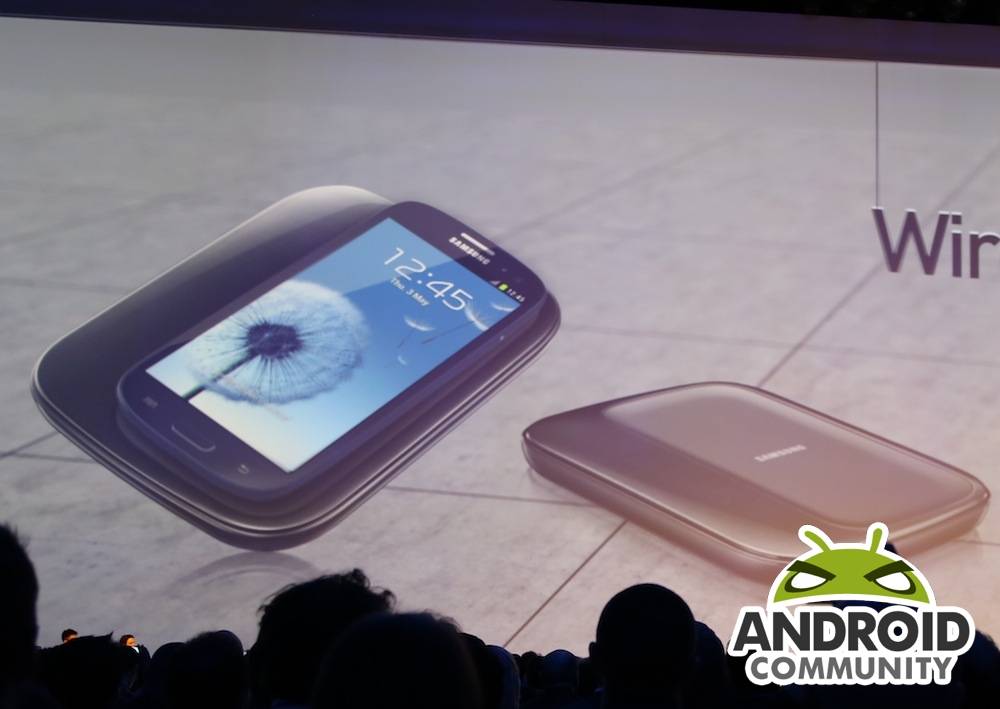 Samsung has so far detailed the hardware and software features of the Galaxy S III, but what about the accessories that the phone will work with? First, Samsung has revealed a Wireless Charging Kit which was rumored a couple of months ago. It’s an optional extra that comprises of a specialized backplate for the phone, plus a charging mat that you place the phone down on.

It’s a rumor that was first reported back in March, with DDaily hinting that the wireless charging capability would come standard with the phone. From our understanding at the Samsung event, it’s an optional extra instead, with means you’ll have to swap the back cover for that is compatible. Customers had to do a similar thing with the Palm Pre: the original backplate was plastic, and charging back cover rubberized with a conductive coil built into the case.

As for other accessories, Samsung will be offering a HDMI adapter that works via the microUSB MHL port, so you can pipe 1080p content out to your TV without any trouble. Samsung will also issue a standard vertical charging stand, so you can plug the phone in upright on a desk without any messy wires.

Finally, Samsung has created a small Mp3 player that they’re calling the S Pebble. As the name suggests, it’s a small device in the shape of a pebble that, well, plays MP3s. They ddin’t go into too much detail other than that. The accessories should be available shortly after the phone begins shipping towards the end of May in Europe.