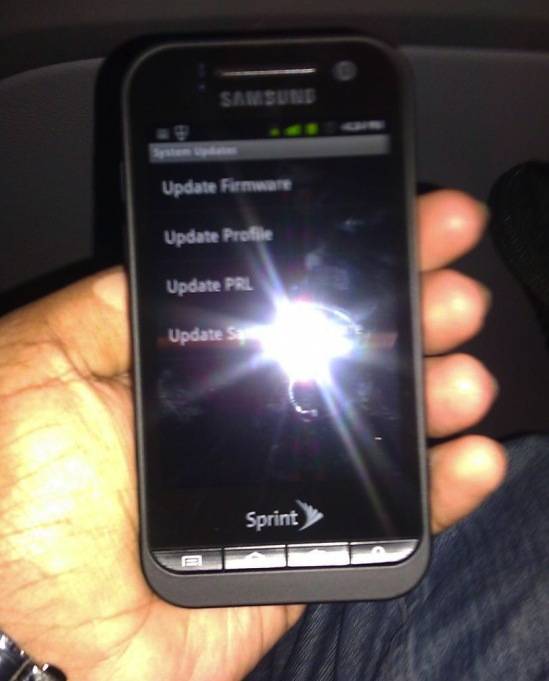 Remember if you will back to the 26th of May when we first laid eyes and ears on the SPH-D600, a device that was set to be a mid-range phone rolling out with WiMAX capability, four physical Android buttons, and Android 2.3.3. Kind of odd for a mid-range phone at the moment, wouldn’t you say? Additionally, this phone appeared to be set to have a 1GHz Qualcomm Snapdragon processor, 480 x 320 resolution touchscreen and a 3.2-megapixel main camera.

What else, you say, what else did it have? Well it had a front-facing camera, a more than likely low pricetag, and it looked really rather smooth and nice to be held! Check it out here and report back. Now we’ve got some additional details that include the name and a few features that point in exactly the opposite direction we were going before.

This device is said to be called the Samsung Conquer 4G and will now be taking on a form that’s much closer to the HTC EVO Shift, with a sliding QWERTY keyboard, confirmation of Gingerbread, a 1GHz processor, WiMAX radio, front-facing camera, and HVGA touch display with a 3.1-megapixel camera on the back. This device, says PocketNow, will be coming out with a cost between $50 and $100. Sounds pretty mid-range-tastic!