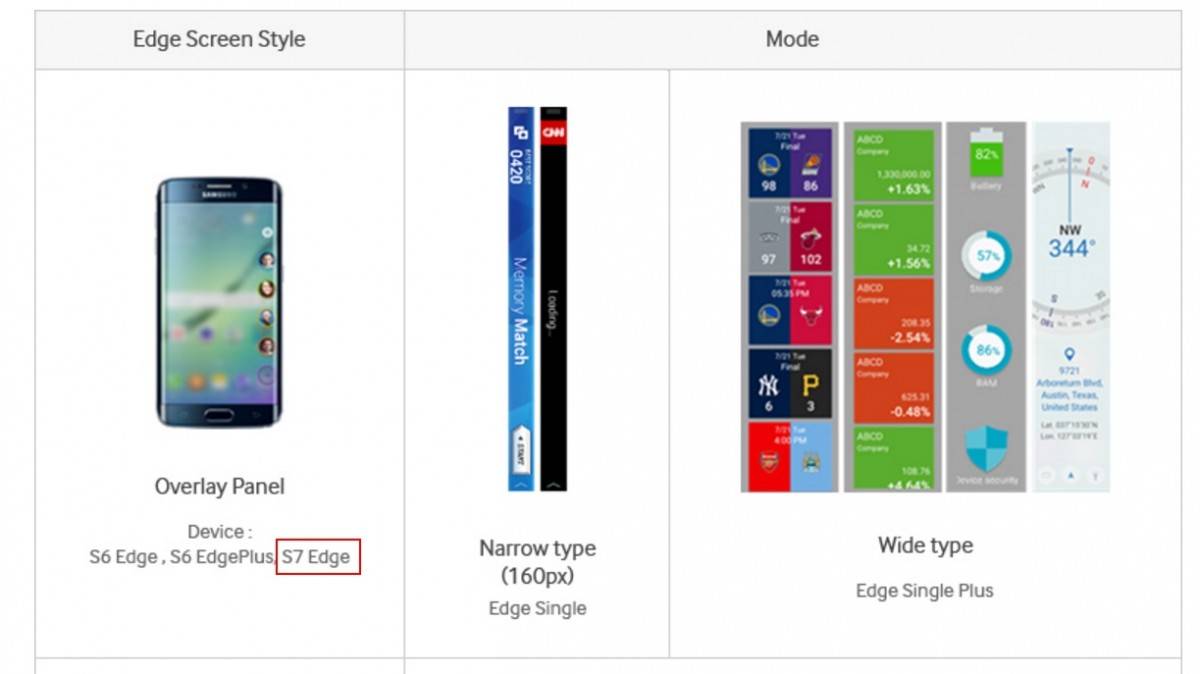 Whether it’s by accident or it was made to look like a leaked accident, the cat is out of the bag, at least where this particular smartphone is concerned. The GalaxyClub website has spotted that Samsung has published on their official site, confirming that they will be releasing the Galaxy S7 Edge pretty soon. A lot of rumors have of course pointed to this, but there is nothing like an “official” post (even if there is no official announcement yet) to confirm these leaked specs and all.

Aside from the confirmation of the name Galaxy S7 Edge, the post also shows the upgraded functionality that is exclusive to this flagship Edge range, and that includes the new “Wide Type” edge panels. This brings more functionality to the Edge design with the addition of a compass, phone status and news widgets. It kind of looks like the Live Tiles on the Windows 10 smartphones. These new edge panels will also be brought to the S6 edge and S6 edge+ when they will finally be upgraded to Marshmallow, probably this month or the next.

Aside from that, what we know about the Galaxy S7 Edge is culled from various rumors and none of it has been confirmed with the “official” post. The battery is supposed to be upgraded to 3600 mAh from the Galaxy S6 edge’s 2600 mAh. Sources are also saying that they are bringing back the microSD slot as some users were not pleased when they did away with it with the 2015 flagships. Camera-wise, it has been said the Galaxy S7 edge will have a faster aperture compared to its predecessor.

There is still a little over three weeks to go until the big reveal from Samsung, where they are set to announce their 2016 flagships. Let’s wait and see until then if all these new things are true.