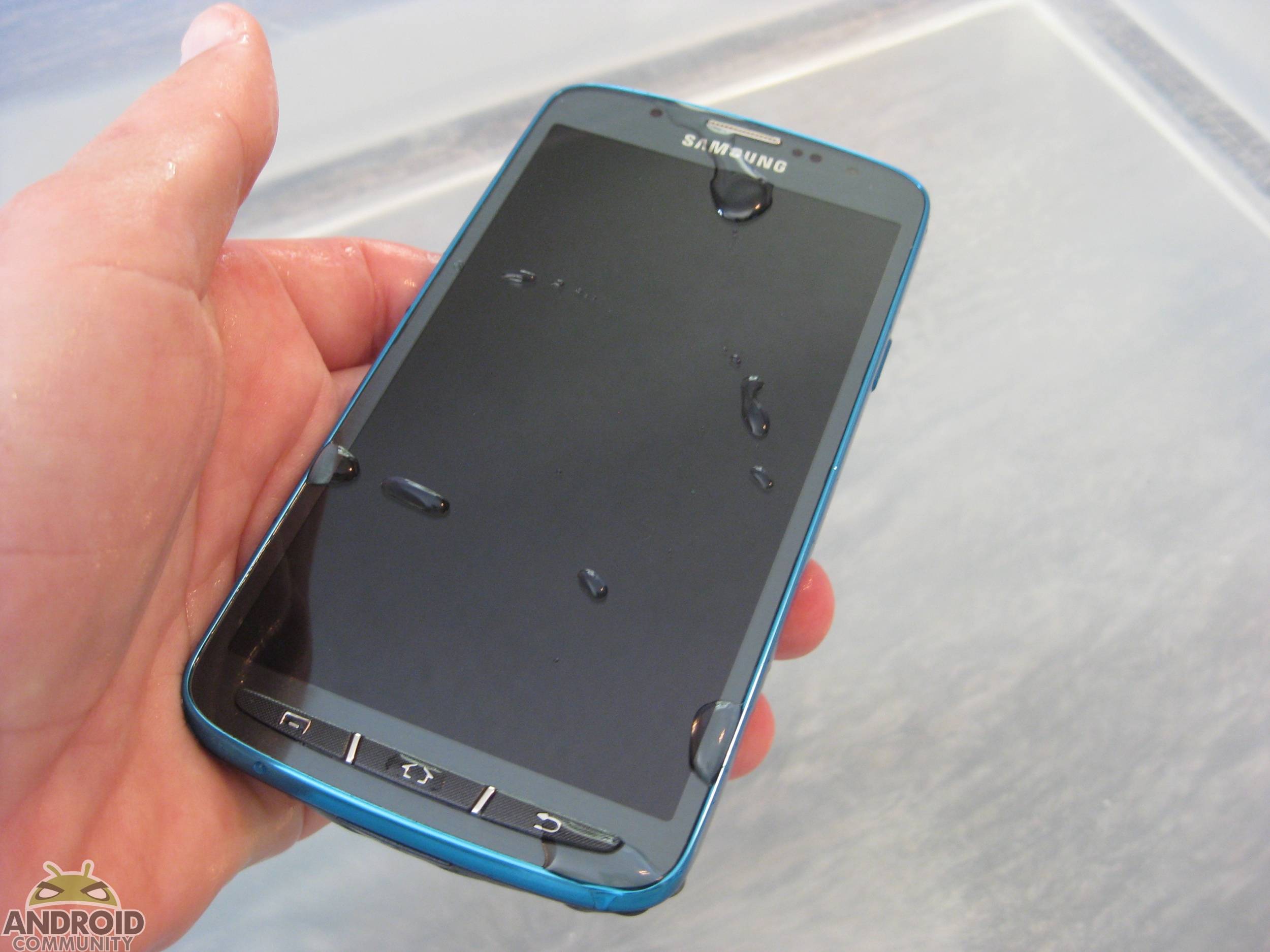 This afternoon multiple reports surfaced that Samsung and AT&T would be allowing one-time replacements for the Samsung Galaxy S4 Active, should a user have an issue where the water resistant capabilities weren’t up to par. The details were from a random tipster, which had us questioning things, but after reaching out to Samsung ourselves we can now confirm this is indeed an option.

This isn’t Samsung, nor us, saying the device actually isn’t water resistant. As our own hands-on and detailed review (complete with swimming pools and water tests) showed the device to handle the elements extremely well. However, there’s a little sticker on back cover confirming you must make sure it’s clicked in good and tight to ensure water-resistance. We’re not sure if this is why some are experiencing issues, but apparently Samsung is looking to help buyers out.

The Samsung Galaxy S4 Active is IP67 certified. Which means it should be able to withstand being submerged in up to 3 feet of water for 30 minutes time. We’re not sure if some aren’t enjoying that same water resistant luck, but today we’ve confirmed that AT&T will allow devices to be returned. Specifically, even if the water damage indicator (hidden on all smartphones) shows water damage was in fact why the device was ruined. Here’s what Samsung had to say:

The important part being a “one-time” exchange. Which means that if for some unlucky reason your smartphone managed to suffer water damage and get ruined from exposure to the elements, AT&T will let you swap it out. This is a grey area to be honest, as we’re not sure why a water-resistant phone would get water damage. Well, unless the user isn’t using the smartphone properly.

That aside, this little rumor has been officially confirmed by Android Community. If your Galaxy S4 Active died from getting wet, take it into a nearby store and swap her out for a shiny new one. It’s as simple as that.