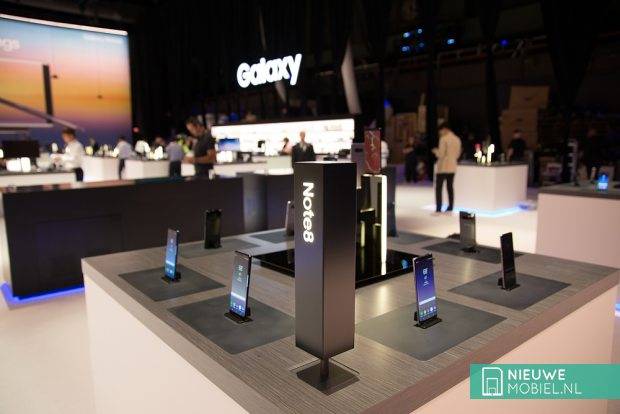 While Samsung chose to highlight a lot of the great things about their newly-announced Galaxy Note 8, one thing they did not really talk that much about was its compatibility with other virtual reality headsets. Since the flagships Galaxy S8 and Galaxy S8+ did not have compatibility with Google’s Daydream out of the box, some assumed that this flagship phablet would be the same. But Samsung confirmed with an online news site that it does have Daydream support already off the bat.

A Samsung spokesperson told Dutch site NieuweMobiel that you don’t have to wait for any software update for the Galaxy Note 8 and that you can already slot it in your Daydream headset if you already have one and it should work perfectly (well, in theory, it should be perfect). The Galaxy S8 and Galaxy S8+ took months before it could be declared compatible with Google’s VR headset and it only happened through an update months later.

It’s actually understandable that Samsung didn’t really discuss Daydream compatibility upon launch since Samsung has its own VR headset, the Gear VR. But they had to launch a new version of the Gear VR with Controller because the Galaxy Note 8 wouldn’t fit in the older version. The wireless controller also has a sub-20ms sensor latency and is compatible with other Galaxy devices.

However, the new Gear VR costs $129.99 while the Daydream only costs $79. And while the quality with the former is, of course, better, if budget is your issue, then you’d want to stick your Note 8 into the cheaper Daydream.