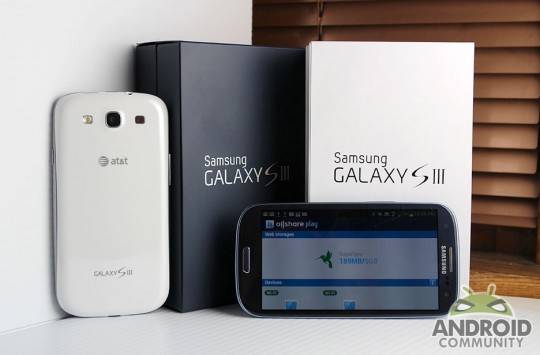 Samsung has been kind enough to always update the public with numbers showing the sheer amount of devices or smartphones they’ve sold. Today they have released some impressive numbers for their popular flagship Samsung Galaxy S III. We knew it would be a big hit, just like the Galaxy S II, but now they’ve announced 30 million strong in sales.

Just a few months ago in September Samsung announced 20 million GSIII sales. While the smartphone launched this summer to a massive audience and with tons of eager customers, it looks like things aren’t slowing down anytime soon. With sales increasing 10 million in just the past two months alone it’s safe to say Samsung’s doing quite well.

Surveys showed the loss to Apple in court actually helped the Galaxy S III sales all summer long, so that’s an interesting point worth noting. The real numbers according to Samsung is about 30 million units in the past 157 days, so just around 5 months on the market. This isn’t counting the fact that the Galaxy S III launched internationally first before hitting the US on 5 major carriers, which certainly helped sales.

That isn’t all either. Samsung also announced their Galaxy Note II has sold 3 million units too — even though T-Mobile is one of the few US carriers already offering the device. AT&T will start shipping the Note II this week, and Verizon in the coming weeks so those numbers should surely climb soon. Still, 3 million Galaxy Note II smartphones in just under 30 days is pretty impressive too. It’s safe to say their Note II is another instant success. Keep up the good work Samsung!