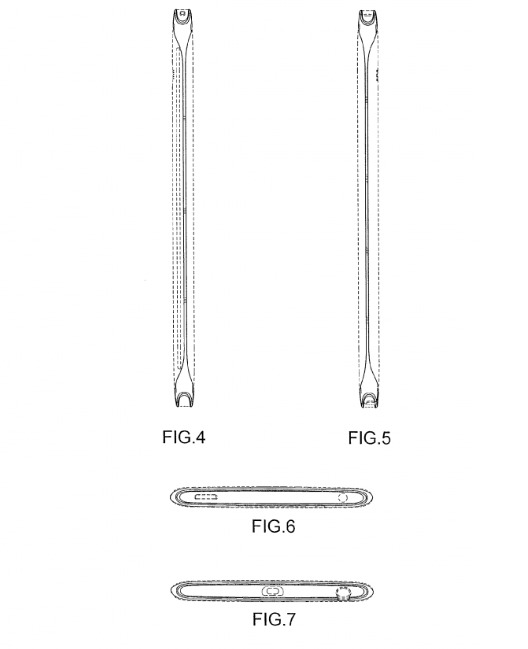 Two new design patents could highlight the direction for future Samsung devices. While they’re very different from one another, they could highlight new directions in design, or simply more diversity from the top Android OEM. Whatever reason Samsung had for acquiring the patents, we’re hopeful they see the light of day sometime soon.

The first has to do with Foldable tablets, where Samsung has made claim before. The USPTO filing shows a device which folds in half, but has no seam down the middle. That would indicate Samsung’s continued interest in bringing folding displays to market, though not quite in the incarnation we see most. For what it’s worth, we’ve seen this from them before, as highlighted in the video below.

The second patent has to do with a more traditional design, but offers up tweaks that could get us to an end we’ve long wanted. Bezels are something we’d like to see go away, at least on some scale, and the newest Samsung patent hints that they’re working on it. It offers a more oval design, with the screen reaching the edges. That could solve a bit of the wraparound design, but offer another take on curved displays. As you see in the filing diagram above, there is still a slight piece of the frame showing, so this would be a curved display, not so much a wraparound. There does seem to be an S Pen holder, so this could be a Note device at some point.

Foldable, curved, whatever you want to call them — we like both. We’re hoping that curved display device has a screen on both sides. Foldable displays are neat, but we really need to see some durability tests first. Fold the thing a few (hundred) thousand times and show us it holds up well, then it can be called a real-world product.