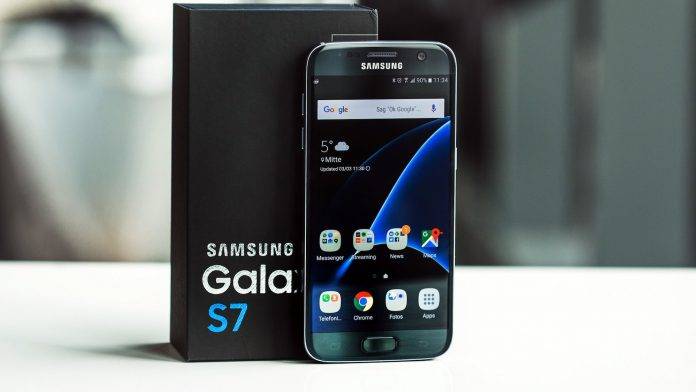 While the much beleaguered Samsung Galaxy Note 7 is all but dead, with the OEM stopping production and also asking carriers and retailers to stop selling the phablet, there may be some owners of the flagship Galaxy S7 that might be confused if they’re affected as well. This has prompted Samsung to send a push message to all the owners of the Galaxy S7 that their device is safe and is not part of the recall.

You might think it’s common sense for people to think that the Galaxy Note 7 and the Galaxy S7 (and even the Galaxy S7 edge) are different devices. But never assume that everyone is knowledgeable about things like models and versions and all. A “regular” person (meaning one that just has a gadget but knows nothing about all the differences and nuances) might hear the number 7 and think that their Galaxy S7 and Galaxy S7 edge also have exploding batteries and so they might return the device and ask for a replacement.

The message that they automatically send out to owner of the Galaxy S7 basically says that what you have is not an affected device and is also not part of the recall. “You can continue to use your device normally,” ends the message. What we don’t know right now is if the Galaxy S7 edge owners also received the same message. But they should be, if the goal is to avoid confusion among the 7s.

While Samsung is still reeling from the recall and discontinuation setback, they are also moving on to the next flagship, the Galaxy S8. It is set to launch in February 2017 during the Mobile World Congress. Let’s wait and see if the smartphone will be awesome enough to make people put the Galaxy Note 7 issue in the back burner.