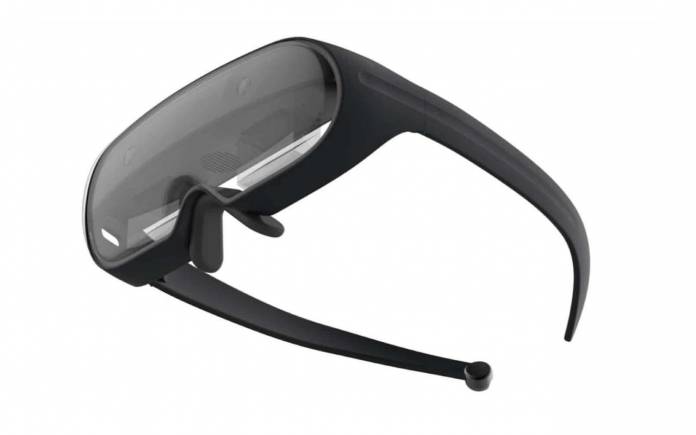 Word on the street is that Apple may finally reveal its long-rumored AR smart glasses sometime in 2020 and, unsurprisingly, rumors that Samsung may be following suit was not far behind. Granted, the Korean company has long been familiar with mixed reality technologies and products but the timing couldn’t be more perfect. Perhaps by no small coincidence, a design patent in Korea was recently published showing how Samsung’s own take on AR glasses could look not just in diagrams but also in a full 3D render as well.

Samsung has long dabbled in at least the virtual part of the mixed reality pair but, lately, things don’t seem to be going well for it. Windows Mixed Reality, which its HMD Odyssey headset supports, seems to have gone silent. Probably worse is the semi-confirmation that the Oculus-powered Gear VR platform is also now dead in the water.

So what is a company like Samsung to do? Why jump on the next nascent computing technology, of course! While augmented reality itself isn’t exactly new, AR headsets, like the Microsoft HoloLens or the Magic Leap, still are. Samsung may be taking its lessons and expertise, particularly in display and imaging, to create the market’s next AR-enabled eyewear, at least if this design patent becomes more than just digital reality.

As a design patent, there really isn’t much to be gleaned from the document beyond certain hints. There are, for example, two HUDs and what looks like two outward-facing cameras, one on each eye. The headset isn’t independent and standalone, as hinted by a cable that runs along the right leg of the glasses. The design doesn’t make it apparent whether the glasses will have built-in speakers or if you will have to plug at least earphones in.

Samsung may actually have the technology to make this kind of hardware possible but, as Apple is reportedly still debating, the experience will make or break the viability of the product. Microsoft’s Windows Holographic made a very compelling case but, because of various market factors, it never really caught on. Perhaps it’s just waiting for a more affordable and more stylish headset like Samsung’s to break the ice.