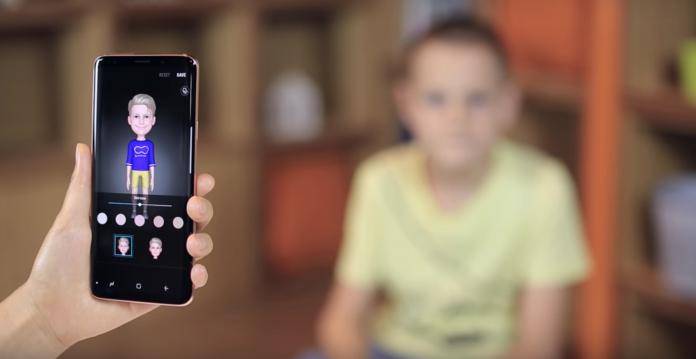 One of the things that Galaxy S9 owners probably enjoy with their smartphone is creating and having their own Augmented Reality Emojis or AR Emojis for short. It may not be that important or functional, but it’s still fun to be able to “express ourselves in more meaningful ways” as Samsung puts it. Since there’s still room for a lot of improvement when it comes to this feature, the Korean OEM gave us a preview of the new things we can expect once the update starts rolling out. If you already have the flagship device or you’re planning to get it or the upcoming Galaxy Note 9 anytime soon, it would be good to know what more to expect.

Probably the most important update you’ll be getting is that you’ll now be able to make detailed adjustments to the emoji that you’ll be creating. Whether you want it to look more like you (which may be a bit too creepy for some) or you just want it to look a certain way (an improved version of yourself for instance), you will now be able to edit your hair, ears, eyes, nose, lips, cheeks and other specific facial features that you would like to tweak.

After taking a picture of yourself or someone else to start creating your AR emoji, tap on the new My Emoji Editor function on the bottom right of the screen. You’ll find all of the tools that you’ll need to fine tune specific characteristics on your emoji. It’s also pretty easy to use since it uses a slider type of editor. Once you’re satisfied with how your emoji looks, you can publish it and use the AR emoji to share through various apps. There is a rumor that Samsung is working on using it as your stand-in for video chats and/or calls so it may become more useful in the future.

Another improvement with the upcoming update is an enhancement to its face-tracking function. There will supposedly be a 65% incense in “landmark detector” points so that your eyes and mouth are tracked better, therefore giving your emoji a more life-like reaction. The frame rate has also been improved so that there will be a “smoother and more natural” aspect to your movements.

They didn’t specifically say when the update will be rolling out but it will probably be during the same period (or even before) the Unpacked event happening on August 9 where the Galaxy Note 9 (and maybe even other products) will be unveiled.