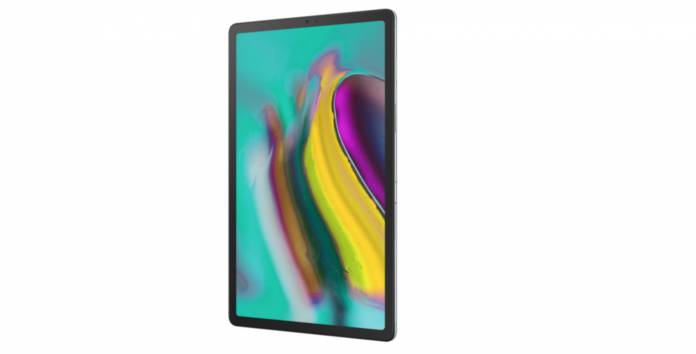 Really good Android tablets are very few and far between. So every time someone like Samsung announces a new one, we’re hoping that it’s a keeper (well until the next new shiny thing comes along of course). Ahead of the Mobile World Congress and its own Unpacked event next week, the Korean OEM has announced its newest tablet, the Galaxy Tab S5e, the next in their tablet line after the Galaxy Tab S4 was released in the second half of 2018.

We don’t know what happened to the Galaxy Tab S5 or if there will ever be one but the “e” in Galaxy Tab S5e stands for “essential” which may mean this is a back to basics kind of tablet, but with more advanced specs of course. You have a 10.5-inch Super AMOLED touchscreen with a 2560 x 1600 resolution. It is powered by a Snapdragon 670 processor, has 4GB of RAM and 64GB of internal storage.

This tablet comes in a really thin chassis as it is just 5.5mm thin with its sleek metal body and weighs only 400 grams. For reference, the Galaxy S9 smartphone is 8.5mm thick. The 7,040 battery life is expected to last you for 14.5 hours on a single charge as it is “optimized for long lasting performance”. You can also turn it into your mobile work station as you can pair it with a Samsung DeX keyboard, sold separately of course.

The Galaxy Tab S5e is the first Samsung tablet to have the new Bixby 2.0 so you can actually turn it into a smart hub to control your connected home devices like smart lights, smart TV, speakers, etc. Speaking of speakers, it comes with Quad AKG speakers with Dolby Atmos integration.

The tablet will come with YouTube Premium service free for 4 months and Spotify Premium for up to 3 months for new members. You can get the Galaxy Tab S5e in either Black, Silver, or Gold. They didn’t mention any price but other news outlets have said it will be priced at $400, which is way cheaper than its predecessor. It will be available in the 2nd quarter of 2019.