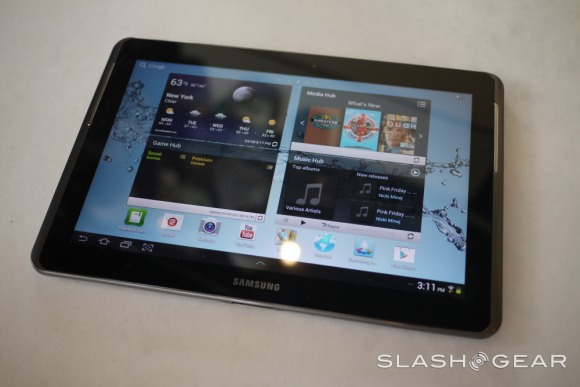 Samsung’s new line of Android tablets have finally been detailed and announced. While we’ve been speculating on the price and have seen a few leaks today everything is official. The new Ice Cream Sandwich powered Galaxy Tab 2 10-inch will only be $399 for the base model. Everyone, welcome Samsung to the competitively priced tablet party.

A leak or two was reported earlier this week that Samsung would indeed be releasing these new tablets at an awesome and affordable price — and that is exactly what they’ve done. The 7-inch model is a bit better priced being only $249 and the new Tab 2 10-inch will be $399. At first glance that is an awesome price but you’ll quickly learn that is for the 8GB version. The 16GB version will still be slightly more expensive and just below the Transformer Prime 32GB – who also rocks a quad-core processor.

Samsung’s new Galaxy Tab 2 line doesn’t change much from their other tablets other than a slight design change to please Apple’s lawyers, that and we get Android 4.0 Ice Cream Sandwich out of the box. Add in some slight changes with their TouchWiz user interface and the new Tab 2 is what you get. I personally love the new speaker design and wanna thank Apple for causing the change. Speakers facing forward on a tablet just makes more sense if you ask me. 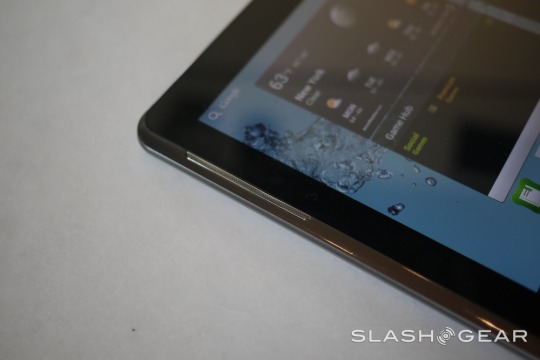 The Galaxy Tab 2 10-inch comes with the standard to Android tablets 1280 x 800 resolution display and a 1.0 Ghz dual-core processor under the hood. Again we have the TI OMAP 4 processor here, instead of the Tegra 2 like Samsung’s first 10-inch tablet. It comes in 8, 16, and 32GB flavors and they’ve also added the micro-SD slot to the 10-inch model this time around too — which is a very welcomed addition.

Like HTC and a few others it appears Samsung has also struck a deal with the popular cloud service Dropbox, and they’ll be offering 50 GB of storage absolutely free for new Galaxy Tab 2 owners. A good deal that you wont want to pass on although it’s only free for the first year. The Galaxy Tab 2 (10) will be available nationwide May 13th starting at just $399. Who’s buying?