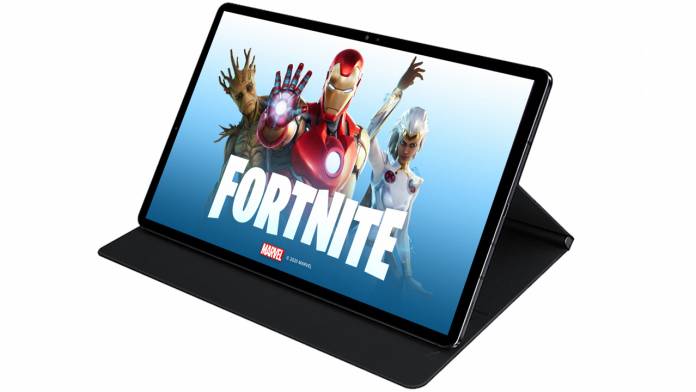 Samsung has just announced very exciting news for Epic Games’ famous battle royale title Fortnite fans – especially those who own either a Galaxy Tab S7 or Galaxy Tab S7+. Starting today, October 13, 2020, the high-end Galaxy tablet owners will be able to play Fortnite at 90 frames per second (fps) instead of the usual 60Hz. Samsung made this official announcement on the company’s USA portal.

Fortnite fans have been waiting to see high frame rate mode on Galaxy devices especially after the launch of 120Hz displays on Korean’s flagship Galaxy S20 and Galaxy Note 20 series. Now for the first time, gamers will have the chance to experience high frame rates for the game on the Galaxy Tab S7 or Tab S7+.

Frame rates of 90 fps will make the gameplay and animations smoother and enhance performance. To be able to experience the enhanced performance, Samsung tablet owners will have to update/download and install the Fortnite app on their Galaxy Tab S7 or Galaxy Tab S7+ through the Samsung Galaxy Store.

Fortnite is currently only available on the Galaxy app store in the US. The title was removed from Google Play Store and Apple App Store after Epic Games allegedly sidestepping their policies to introduce a direct payment feature to its gaming app.

Interestingly, the 90 fps capability will significantly improve performance and gameplay for fans. But the high frame rate will drain the battery faster than usual. If you’re fine playing with better visuals at the stake of battery life, get to the Galaxy Store and update the Fortnite app today.