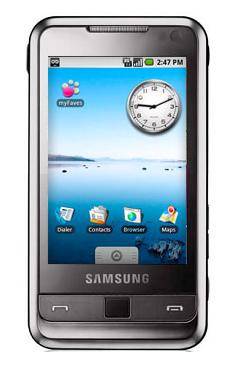 Samsung are working on an Android-powered device, which will launch in Q2 2009 on Sprint and T-Mobile USA.  According to industry sources, the handset is a full-touchscreen device similar to the Samsung Omnia or Instinct; an unnamed spokesperson for the company has confirmed that the Android phone’s development was ramped up at the request of carriers.

“We are accelerating the development process for Google phone in order to meet the specific need of local carriers.  We will be able to release Google phone in the second quarter of the next year in the US market” Samsung Electronics spokesperson

To do so, Samsung added a further 30 experts in Linux and Java to the task force team of its information and communications division, bringing the total number to 80.  The team had been formed a year ago, and directed to look at putting Google’s open-source mobile OS onto Samsung hardware.

Specific capabilities of the Samsung Android handset are unknown, but it will run the usual Google Maps, G-Talk, GMail and Google Search as on the T-Mobile G1.  If the company is following similar blueprints to their Instinct and Omnia devices then we can also expect minimal hardware buttons and no hardware QWERTY keyboard.