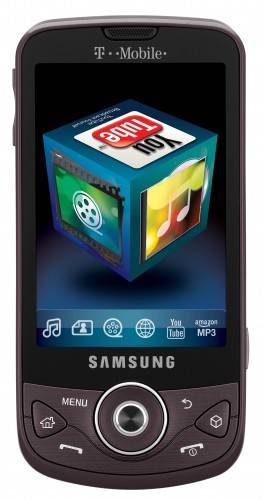 The new Behold II Android smartphone from Samsung has debuted as a T-Mobile exclusive. T-Mobile is really padding its line with Android devices since the G1 first launched a while back. The new Android phone uses the Samsung TouchWiz interface.

TouchWiz allows the user to easily customize the homepage with apps and widgets to give fast and easy access to the most used functions of the phone. The device operates on the T-Mobile 3G network and as a 3.2-inch AMOLED screen.

That AMOLED screen should help provide better battery life along with crisp colors and wide viewing angles. The handset also has a 5MP camera with flash, five shooting modes, and video recording capability. GPS, Bluetooth and a microSD card slot are featured as well.