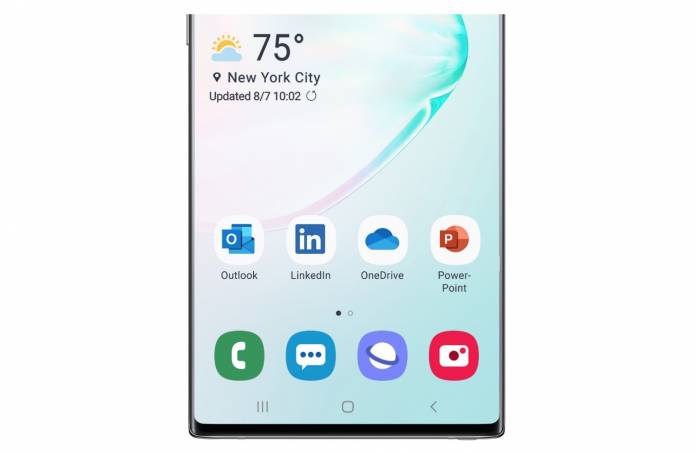 The announcement of the Samsung Galaxy Note 10 at the Unpacked event had several surprises, aside from the device itself. One of the new, or at least newish things they introduced is a renewed and strengthened partnership between Samsung and Microsoft. It’s not the first time that these two major tech companies have teamed up but this is an expansion of their partnership which should make it easier for those who use Microsoft laptops and Samsung mobile devices for work or school.

The newly announced new flagship phablet from Samsung will have almost seamless integration with your Windows 10 device with a direct link through the quick button in the notification center. And of course, you have the Your Phone app and its Phone screen feature so you can access your, well, phone screen, and interact act with it on your laptop or computer. Soon you will also be able to make and receive phone calls from your phone onto your Windows 10 device. This way, you don’t have to constantly pick up your phone when you’re working and you can just interact with it from your computer.

Soon, you will also be able to sync your Samsung Gallery with your OneDrive account. The Galaxy Note 10 will be the first device to have this when it rolls out this fall but it will also be available for other Galaxy devices later on. The Note 10 will also get a special optimized version of Outlook that has built-in integration with the phablet’s S-Pen. And like previous Galaxy devices, Word, Excel, and PowerPoint will be pre-installed in the Note 10. Later on, an improved Outlook app will also be available for Galaxy wearables.

Samsung also introduced a new Galaxy Book S which is a Windows 10 device that also has that special Snapdragon 8cx computer platform. It is an always-connected, touch-to-wake device that “brings the smartphone experience to a laptop” and has Gigabit LTE connectivity to the cloud, It is ultra-slim and light-weight so you can take it with you wherever you want. It will be available in the fall but only in select markets.

The strengthening of the partnership between Samsung and Microsoft is good news for consumers who use devices and apps from both of them. It’s also a challenge for the other tech giants like Google to pursue cross-platform connectivity because it will help both sides of the equation not to mention create goodwill among customers. We’ll bring more updates when these features and devices interlock soon.