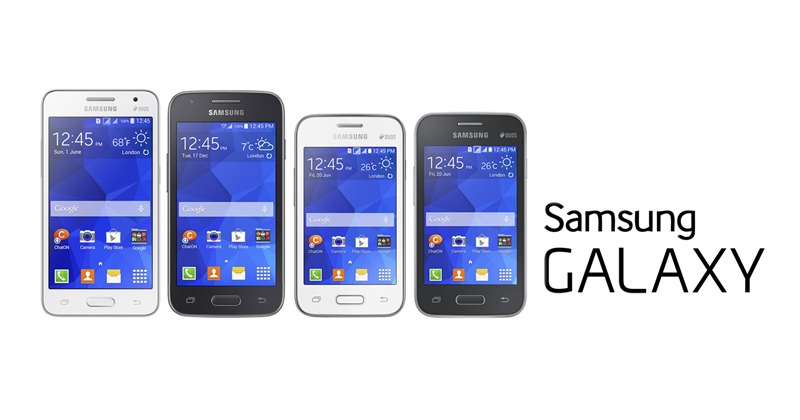 Samsung is looking to expand its line of Galaxy phones (does anyone actually know how many there are now?) with four new additions that will sit cleanly at the “budget phone” strata for the South Korean smartphone giant – the Galaxy Core II, Galaxy Ace 4, Galaxy Young 2, and the Galaxy Star 2. Allow us to briefly take you through the highlights of each.

The most premium of the four would have to be the Galaxy Core II, the only handset on offer I this group with a 1.2Ghz quad core processor to power an 480 x 800 4.5-inch display (207 ppi). It retains the dual-sim capabilities of its predecessor, but the Galaxy Core II is definitely an improvement from the earlier Galaxy Core primarily because Samsung decided that this group would come with Android 4.4 Kitkat out of the box. A powerful 2,000mAh battery will be a good addition to the overall mid-to-budget tier packaging of this handset.

As with the ones that came before, this fourth edition of the Galaxy Ace concentrates on portability and simplicity. On first inspection, we can’t really see any new and radical additions to the Galaxy Ace 4 other than that it comes with Android Kitkat out of the box. It still retains the 480 x 800 4.0-inch screen (233 ppi) as with its predecessor. Samsung will be releasing an LTE-capable version of the Galaxy Ace 4, which will also have a bit more RAM (1GB for LTE, 512MB for 3G) than its 3G variant. Both variants will come with 4GB internal memory.

The new Galaxy Young 2 now bears the “Duos” branding that was lacking in its earlier version even though it was already a dual-sim phone before. The Galaxy Young 2 is similarly compact with a 320 x 480 3.5-inch screen powered by a 1.0Ghz single core processor. The major improvement again comes with Android Kitkat, generously sprinkled over with TouchWiz Essence UI.

Lastly, the Galaxy Star 2 also now carries Samsung’s “Duos” branding to indicate that this is a dual-sim phone (as was its predecessor, mind) and leverages on its portability. Its meager specs also include a small 320 x 480 3.5-inch screen, making the phone small enough to handle with one hand (and then some). It’s powered by a single core 1.0Ghz processor and has a modest 2MP camera for quick snaps. It comes with Android 4.4 Kitkat out of the box as well.

As we said, this group lands squarely at the budget end of Samsung’s devices, which is well and good – but it begs the question, how much of this is marketing and how much of this is actually redundant? It may be that Samsung is positioning the devices for different regions, but with specs at the very modest end, wouldn’t it have been better to consolidate their efforts on fewer devices? But that’s just us asking the obvious questions. Whatever the reasoning, the fact of the matter is that it seems Samsung just upgraded its budget phone line up to Android Kitkat.