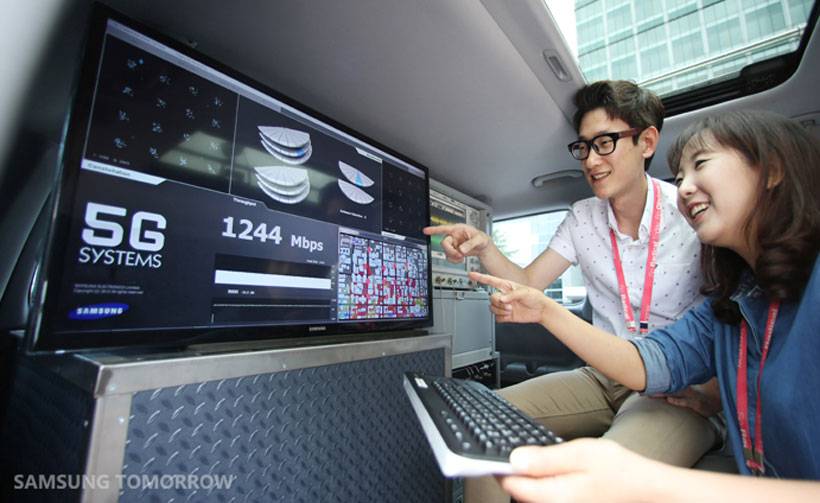 Samsung has announced that it has achieved a major milestone in its testing of future tech for 5G mobile phone service. In testing, the new 5G mobile data service has achieved speeds of over 7.5 Gbps. That speed is over 30 times faster than current generation 4G LTE service. Samsung achieved record setting speed in moving tests with an uninterrupted 1.2Gbps over a 5G connection while traveling in a vehicle at 100m/h.

The 7.5Gbps speed that Samsung hits equates to 940MB per seconds. The speed of 1.2Gbps achieved while traveling in a vehicle equates to 150MB per second and Samsung was the first in the industry to achieve a stable and uninterrupted signal in a mobile environment.

The outdoor test occurred on a professional racetrack and Samsung used a 28GHz 5G network to conduct the tests. 5G service is still a long way from commercialization, but tests of this sort lay the groundwork for that commercial rollout.