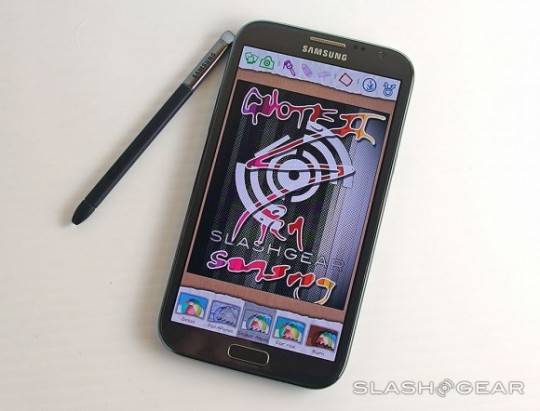 There’s been all sorts of rumors lately regarding what Samsung will be offering the Android world this year, and now we have one more to add to the list. With the Galaxy S4 announcement just over a week away, today we’re now seeing reports of an unknown Samsung Galaxy device rocking a 5.9-inch screen. Could this be the alleged Galaxy Note III?

According to reports surfacing from the Korean Times who spoke with an anonymous Samsung official, the company is preparing a 5.9-inch phablet for later this year. And yes he used the term phablet. Instantly that makes us think Galaxy Note – considering that flagship device basically set the tone for that market segment. This could be the rumored Note III, or a completely different device but anything is possible.

In years past Samsung’s been tossing devices of all shapes and sizes out to see what sticks, but lately they’ve been on to something with the Galaxy Note lineup. As their second “flagship” line, the Note was 5.3-inches followed by the current 5.5-inch Galaxy Note II. Late last year we heard rumors that the Note III would jump to 6.3-inches, which would be a rather large increase from previous generations.

This is where this new report comes in. A 5.9-inch Note III makes much more sense in terms of a realistic size for a device to use as a phone, not to mention it matches their steady and slow update model. Either way a 5.9-inch AMOLED rocking Galaxy device with their Exynos 5 Octa 8-core processor would probably turn some heads. For now this is just an anonymous report, but hopefully we’ll be learning more details soon.