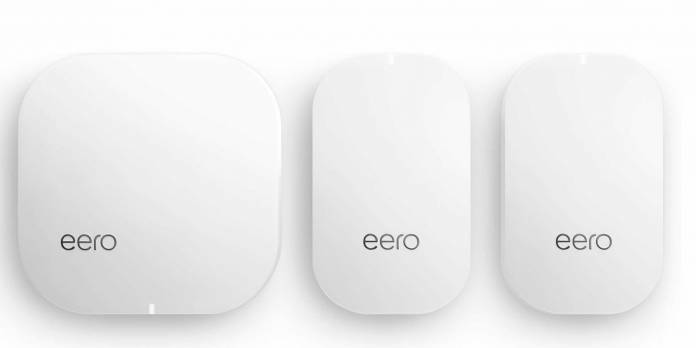 If rumors are to be believed, we will get a new Google WiFi router at the Google hardware showcase next month. Aside from the fact that it will be called the Nest Wifi router, in keeping with the new Nest branding, it will also reportedly be accompanied by “Eero-esque beacons” that will serve as your Google Assistant speakers as well. The updated router will also be more home-friendly and will be in line with the latest Google hardware, design-wise and hardware-wise.

An article on 9 to 5 Google says that sources familiar with the matter are saying that the Nest WiFi router will be different from the Google Wifi router that we’ve seen. But while it will be different, there are also no groundbreaking changes that will happen. At least with the design, we’ll see an Eero-like package. The first version of the Google WiFi had multiple full-fledged routers wirelessly connected to one another while this new one will have a primary router and smaller beacons.

Even better, these beacons will serve as Google Assistant speakers and will be similar in performance to the first and second generation Google Home Mini / Nest Mini. But here’s hoping that the Nest WiFi beacons will pick up on the slight improvements of the second generation Nest Mini speakers. Having Wifi-specific Google Assistant functionality will be important for users if these rumours are real.

With voice commands, you will be able to pause the Internet in specific rooms or in specific devices just by saying “Ok Google”. You will also have access to the usual Google Assistant functionality like checking schedules and to-do lists, asking questions, getting weather updates, etc.

The Nest Wifi will bring many features of the first generation like simple set-up, intelligent connection to the fastest point, automatic update, etc. It will also supposedly come in 3 colors so you can match it with your home decor. The old Google WiFi hardware will still be able to mix and match with this new generation.