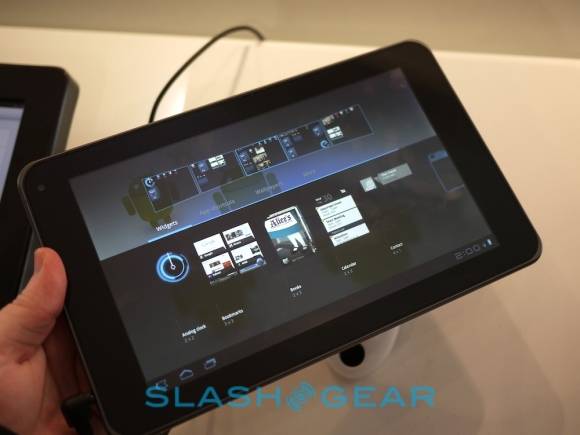 LG already has a number of gadgets on the market today, and a number of those products use the Android operating system. A rumor has surfaced from Korea hinting that a new tablet is coming from LG in the second half of 2013. What’s unclear according to the rumor source is what operating system the tablet will run.

LG has a history of using Android for a number of its products, but there’s a chance that the new tablet will run Windows. Intel and other companies in the tablet market have hinted that prices of Windows 8 tablets could plummet later this year bringing them very close in price to Android offerings.

LG previously tried to get into the tablet market with its Optimus Pad, which failed to gain traction. While the rumor of a new tablet coming from the manufacturer has no specifications, LG was showing off a new seven-inch screen during CES. That seven-inch screen rivals Apple’s own Retina Display used in the iPad.

The seven-inch LG Display screen at a pixel density of 324 ppi and a resolution of 1920 x 1200. That could be perfect for a seven-inch LG tablet running Android. The question remains whether or not LG will try another Android tablet or if it will give Windows 8 or Windows RT a shot. Our money says the tablet will run Android since Windows 8 and Windows RT tablets have underperformed on the market.