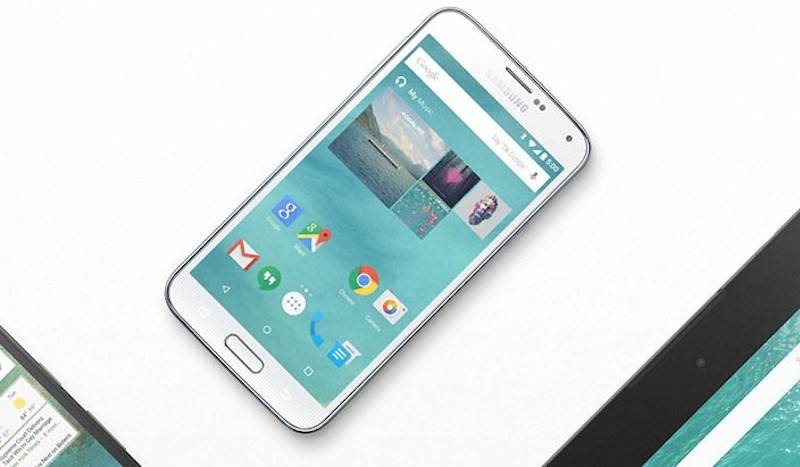 Of course, the latest Android smartphones getting a taste of Lollilop is imminent. It’s just a matter of when or how soon phone makers and carriers will roll out the update. We’re still rooting for the Galaxy S5 Google Play Edition to be released soon but it’s taking Google some time. We don’t know why but at least we know that a Lollilop-powered Galaxy S5 will be available soon together with new Nexus phones.

The Samsung Galaxy S5 Google Play Edition (GPE) has yet to be officially announced but it’s been teased already together with the Nexus and other GPE devices on Android.com’s homepage. Google could only be waiting for Lollilop before it unveils the special edition. Once the GPE comes out, we can expect its specs to be almost the same as the ordinary Galaxy S5: 5.1-inch Super AMOLED 1080 x 1920 screen, Qualcomm MSM8974AC Snapdragon 801, 2GB RAM, 32GB built-in storage, microSD card slot, 16 MP with 1/2.6″ sensor, a 2800 mAh battery, and of course, Android 5.0 Lollipop.

We also know that other manufacturers are preparing to roll out the Android 5.0 Lollilop firmware update on some of their devices. Motorola has already listed devices that will receive the new Android OS version: 1st and 2nd generations of the Moto X and Moto G, Droid Ultra, Droid Maxx, Droid Mini, Moto G with 4G LTE, and Moto E. There’s also HTC who will update the HTC One flagship series including the HTC One (M8) and the HTC One (M7).