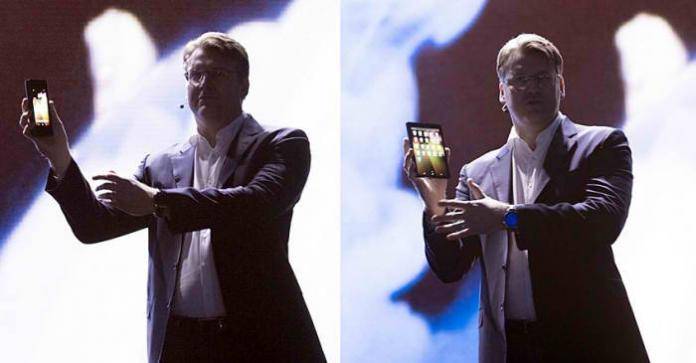 Since we are expecting that Samsung will be officially unveiling and releasing their foldable smartphone sometime in the first half of this new year then it also means that we will have a lot of leaks, rumors, and speculation about this new device. It will probably be way too expensive but the idea of seeing something really new is pretty exciting as we’ve almost already seen it all. The latest rumor is that the “Galaxy Fold” (not the final name) will be sporting a triple camera set-up.

This is of course not the first triple-camera lens device that Samsung has released. The Galaxy A7 (2018) came out with this set-up, consisting of a primary sensor, a depth sensor to give you that prevalent bokeh effect, and an ultra-wide lens. They even released a quad-camera with the Galaxy A9 (2018), adding a telephoto lens to the set-up. But according to the post from ET News, the Galaxy Fold will be more of the Galaxy A7 than the A9.

There were no other specs hinted at in this article, although there are already plenty to go around from various sources. It will be powered by either the Exynos 9820 or the Snapdragon 855, depending on which region it will be released. It will reportedly have 8GB of RAM and 128GB of internal storage. The battery is a bit more complicated as it will have two distinct cells, one in each of the chassis, with a total capacity of 5,000 mAh to 6,000 mAh.

If these specs are indeed true, then expect to shell out a lot of money. And we mean a lot. Various rumors put it at somewhere between $1,930 to $2,570. Samsung has to market the heck out of this device if this is true and turn curiosity and interest into actual sales, which they desperately need right now.