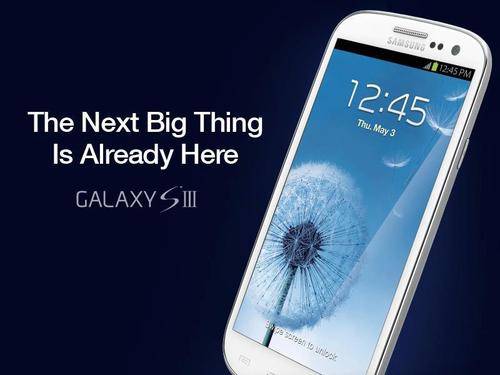 The man responsible for Samsung almost bringing down their erstwhile rival to their knees is reportedly set to leave the Korean OEM. Chief Marketing Officer Todd Pendleton was responsible for “The Next Big Thing” campaign that brought such a huge success for Samsung and the Galaxy S3 in particular. Rumors have said he has already announced his resignation to colleagues, although this has not been officially confirmed yet by the company or Pendleton.

Before “The Next Big Thing” campaign, Samsung was considered an also-ran to market leader Apple. Then Pendleton and his team came along, and came up with a marketing onslaught that was not afraid to mock their rivals, both the product and their rabid “fanboys”. They were also able to convince US wireless carriers to release their then flagship the Galaxy S3 at the same time and under the same branding. The result was that the smartphone became the best-selling smartphone in the world for some time during its release.

During the patent-infringement trial against Apple last year, Pendleton testified that their marketing campaign was responsible for the company becoming the top smartphone maker in the market and not because they “copied” the iPhone, which has been leading in sales and recall the past years. However, after that renaissance period, Samsung has now been struggling to keep up with the growing strength of other competitors like Xiaomi (China), Micromax (India), and even Motorola, HTC, Sony in the US. Top executives have left Samsung, and if the rumors are true, then this would be the most high-profile departure.

Pendleton will reportedly leave by April and some of the people in his team will also be resigning or will be transferred to other departments. No comment has been issued from either parties.