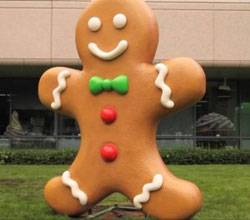 There are hoards of Android geeks out there that count the days and wait with baited breath for news of new updates to the OS coming in the pipe. A new rumor has surfaced that fingers November 11 as the day the Android 2.3 SDK is going to be ready.

Gingerbread was previously thought to be landing as version 3.0 and be a major update to the OS. However, the recent details and rumors are pointing to more of an incremental update for Gingerbread with Honeycomb that is more tablet friendly being the big overhaul and getting 3.0 status.

However, 2.3 is expected to have more tablet friendly features in the OS than the existing versions. This is a big deal since many makers are pushing out Android tablets even though Google says existing Android versions are not tablet friendly.