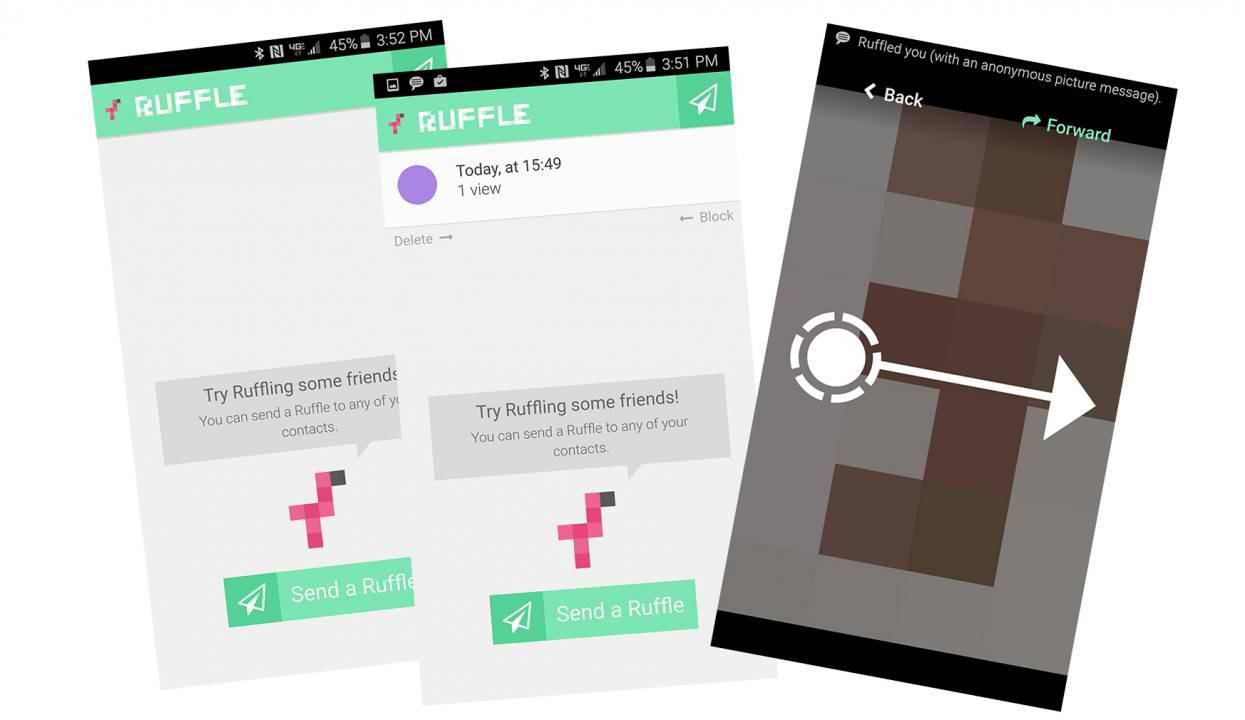 So you think you’ve already outgrown ephemeral messaging apps like Snapchat and you’ve gotten bored with Chatroulette. You’re on the lookout for the next exciting app that will let you do things other than straightforward messaging. Well if you like sending anonymous pictures to random people, then the new app called Ruffle might be up your alley. This can either be the next Snapchat or another failed app trying to emulate what made Snapchat a hit, but with its own “twist”.

The app basically allows you to send your own pictures, whether it’s of a cute thing your pet did, a selfie where you looked really cute, or just a butt pic, to “completely random strangers”. Except they’re not really strangers since you need the phone number of the person you’re sending the image to. But they will not know who it’s from, so that still makes it a bit anonymous. In return, you will also be able to receive photos from “strangers”, or rather, you would also not know who it’s coming from.

When you receive the picture, it will be pixelated and so you’ll just see a sort of silhouette of what it actually is. Now it’s your choice whether you want to de-pixelate it and see what it actually is. If it looks suspicious, then you’re probably better off not seeing it in its full glory. You can reply to whoever is sending you the pic, but unless they tell you who they are, you still won’t know who it is from.

For privacy concerns, you will have the ability to block a number of course. Although, if you get the app and you do exchange these anonymous pictures, then privacy isn’t something you’re probably thinking about. You can download Ruffle for free from the Google Play Store.