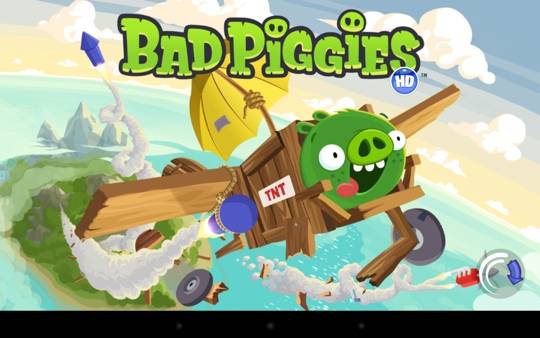 Rovio has rolled out the latest update for Bad Piggies. This update brings 15 new levels for those playing on the regular version as well as the HD version. Also included with the new levels are a few new tools. Specifically, Rovio has included two new tools which will be used to help you towards your goal of tracking down the “elusive” chocolate cake.

Those new tools include a suction cup gadget and a spring-loaded boxing glove. Otherwise, with these new additions, Bad Piggies is now touted as having more than 120 available levels. Those who play for (and achieve) three-stars on all the levels will also get an additional 21 levels unlocked to continue the fun a bit longer.

The Bad Piggies game also has 8 sandbox levels to play as well as an “ultra-special, ultra-secret, ultra-difficult sandbox level” that can be unlocked by collecting all the skulls. Finally, there are also 35 objects including motors, wings, fans and bottle rockers. These objects will help in your quest to build the ultimate machine.

Basically, this is an update that should be welcomed by those who had previously completed Bad Piggies. It should also help to keep those who were getting close to continue playing for a bit longer. Bottom line here, the only real issue we see with Bad Piggies are the ads and the bit about not being able to get rid of them. Those looking for Bad Piggies can use this Google Play Store link.