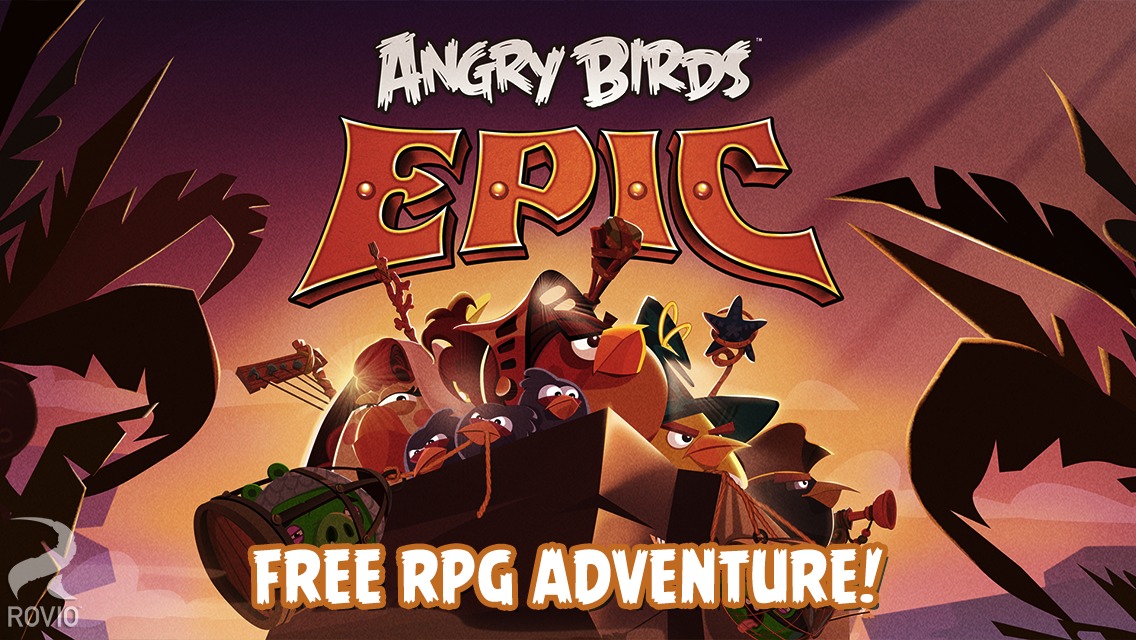 Just when you thought Rovio is running out of ideas for Angry Birds, here comes another update for the Angry Birds Epic. We’re expecting this to be another epic game because it’s not your usual slingshot game and now it’s made even better. Why, it’s a role-playing game (RPG) that brings a new player vs player gameplay. Just gather three birds and try to defeat the other players.

The game is very different but the Angry Birds charm is still there. What makes this a winner is that it allows you to challenge your friends and family. This RPG adventure includes warriors sent to the Piggy Island and explore the tribal villages, tropical beaches, mysterious caves, and frosty mountains. Prepare the main characters, Red, Chuck, and Bomb to rival King Pig, Wiz Pig, and Prince Porky.

As with most RPGs, you can level up your characters with news weapons, potions, and weapons. You’ll be a legendary hero who will take down the pig warrior. With this latest update, you can now customize your team banner with powerful parts. The Player vs. Player Arena allows weekly leagues that allows you to win epic rewards. If you’re really a good player, strive to climb the ladder in the Arena Leagues and try to achieve the Diamond tier and prove you’re the best.