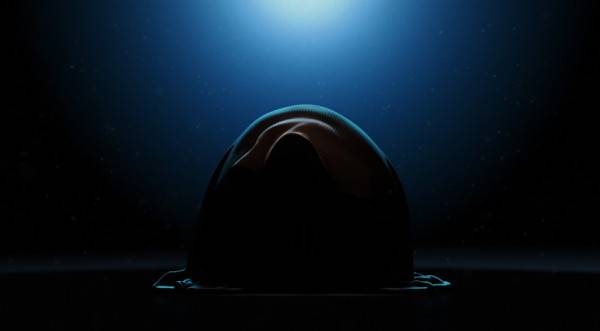 You may be building all kinds of crazy vehicles in Bad Piggies at the moment, but thanks to a new tease from Rovio, it looks like it won’t be long before the focus is back on Angry Birds. Yesterday, Rovio tweeted a rather dark image of a hooded bird, and at the time, it wasn’t immediately apparent what was being teased. Today, Rovio shared a GIF on the Angry Birds Tumblr that cleared everything up.

In the GIF, we see the hooded bird standing there in darkness for a moment before activating a blue, Angry Birds-sized lightsaber. You know what that means: Angry Birds Star Wars! Details are still pretty slim – as in nearly non-existent – but Rovio has some kind of event going down in New York City on October 8. The event will kick off at the Toys R Us in Times Square at 10 AM EST, but Rovio is telling eager fans to get there at 8 AM. Mark it on your calendars, folks.

We’re at a loss when it comes to what Rovio is actually teasing here, but we’ll take a few shots in the dark. It’s quite possible that a new Star Wars-themed Angry Birds game is in the works, and if that’s the case, then maybe it’s meant to tie-in with the Blu-Ray release of Star Wars Episode I: The Phantom Menance 3D? Alternatively, maybe Rovio and Lucasfilm are about to launch a new line of Angry Birds Star Wars toys? The event is at Toys R Us, after all.

Personally, we’re hoping for a Star Wars Angry Birds game, simply because we’d be interested in seeing how something like that would play out. If it is a new game, then it should be releasing on the Google Play Store relatively soon – Rovio has never been known for taking a lot of time between announcing a new game and releasing it. In any case, we’ll find out what exactly is being teased soon enough, as October 8 is only three short days away. Stay tuned.