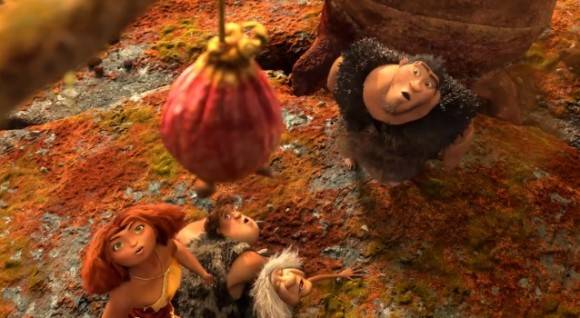 Rovio has shared the teaser for their upcoming game release. The game is based on an upcoming movie from DreamWorks Animation Studio and is called The Croods. Rovio and DreamWorks will be releasing the game on March 14, which comes one week ahead of the movie release. The Croods movie will make its way into theaters on March 22.

We have yet to see what the price tag will be when the game lands in the Google Play Store, however we do know that the Android release will come along with an iOS release. Of course, we suspect most of those reading here will be looking for the Android version. Anyway, the trailer for the game can be seen below and comes in at just over a minute in length. While it is fairly entertaining to watch, there is not much in terms of gameplay.

Actually, the teaser doesn’t show much in terms of actual gameplay. The video is mostly animation but does give an ever so brief look at gameplay at the very end. Even then, it is small and hard to really make out. Nonetheless, given what we have seen from Rovio in the past, it seems to go without saying that the game will launch with some fanfare and excitement.

In terms of the story behind the movie, The Croods is described a being a “3D comedy adventure” and the actors include Nicolas Cage, Emma Stone, Ryan Reynolds, Catherine Keener, Clark Duke and Cloris Leachman. A bit more in depth, the movie will focus on what is said to be the world’s first modern family and the journey they undertake after their home (a cave) gets destroyed.