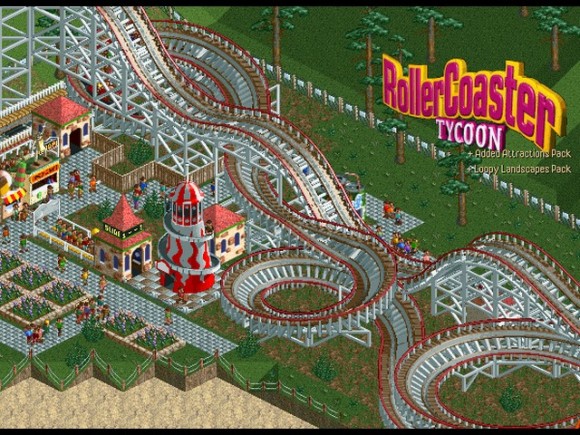 Atari has some great news for Android gamers today. According to a report from Slide to Play, they are bringing RollerCoaster Tycoon to our beloved Android devices in the early part of 2013. RollerCoaster Tycoon will also be joined by Atari Casino, Outlaw, and a new version of Centipede: Origins.

“We’ve spent this year focused on developing mobile games based on some of Atari’s most iconic and enduring franchises,” CEO Jim Wilson said of the ported titles. “Our upcoming lineup should make clear Atari’s strategy to work with the strengths of our key franchises and offer our expanding global audience of mobile gamers a collection of accessible and fun consumer experiences.”

Sadly, Atari did not reveal any information in terms of the amusement park simulation will play on mobile devices. They also did not say exactly which game in the RollerCoaster Tycoon series it will based on. The game is still months away, so Atari certainly has time to make it work on mobile devices. The game has a loyal following, so Atari needs to make sure the do it right.

If you are unfamiliar with RollerCoaster Tycoon, it is a game that tasks players with running every detail of an amusement park. Players would try to make the park profitable by building new rides, controlling ticket prices, and everything else about the backend of a theme park. One of the most popular features is the ability to design custom coasters and ride them yourself.

Atari Casino will be free, and will hit the market later in 2012. As you would expect, it will feature slot machines and other casino games. Centipede: Origins will receive new maps, challenges, items and levels to attract players back to the classic game. It will hit the market in November.