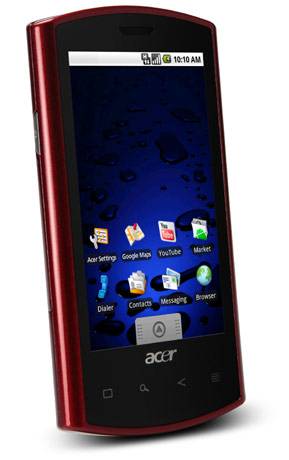 Looks like Acer is making their way to Rogers Wireless this fall. Although they have a few Androids in the works and available in other markets, this would be the first offering in North America.

Rogers will reportedly be the first carrier in North America to offer Acer’s new Liquid e phone. And, the first carrier in Canada to offer an Android 2.1 phone. They do have plans to upgrade the Magic to 2.1 soon. the Liquid e packs a 3.5-inch touchscreen, along with a slightly underclocked 768MHz Snapdragon processor, a 5-megapixel camera, 7.2Mbps 3G and Wi-Fi and, of course, a basic vanilla Android 2.1.