Remember Rockstar? The firm that sued Google recently? They’re owned by a conglomerate of tech companies, most notably Apple, Blackberry and Microsoft. They snapped up a slew of patents after the Nortel implosion, eventually driving the cost up to $4.5 billion. Now they’re looking to unload some of those patents, but they’re not having much luck.

In 2011, when the patents were purchased, there was a stiff bidding war. Google offered nearly $1 billion initially, but in negotiations the price was driven to the $4.5 billion purchase price. The aim with assembling the Rockstar team was to license the patents, which hasn’t been as fruitful as they’d like. Rockstar has sold a few of their patents — no creative license there, they’ve literally sold 7 patents — to a company named Spherix, which garnered them about $1 million in stock, some cash, and a percentage of future profits.

Without much luck licensing patents, Rockstar is now trying to sell them off. The problem is, hindsight being what it is, they probably overpaid. Now they’re trying to get back their investment, and it doesn’t seem to be working out. The patents held have to do with all types of mobile concerns, like 4G LTE, WiFi, and data networking — meaning just about everyone should need to license them, in theory.

In practice, it seems their concept is falling a bit flat. This won’t affect their pending litigation with Google, as those patents are not up for grabs, but it does make us wonder if desperation has set in ahead of patience. The aim of Rockstar was licensing patents, and selling them off isn’t unheard of, it just wasn’t the aim here. 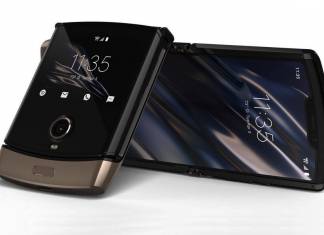 Rei Padla - August 13, 2020
Is the world ready for another foldable phone? Maybe. After the release of the Samsung Galaxy Z Fold 2 and the Galaxy Z Flip...