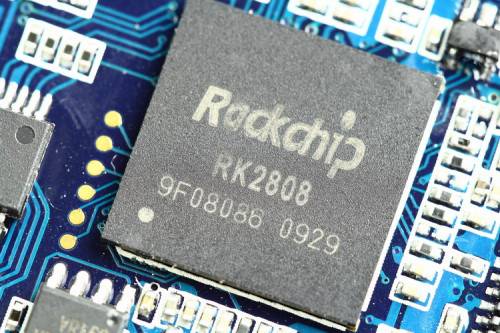 Rockhip might not be a household name like the big three in NVIDIA, Qualcomm, or Texas Instruments but they’ve been around plenty long and are ready to aim for higher standards in 2012. Rockchip processors have been found in multiple chinese, or cheaper Android tablets as of late but in 2012 they are set to release a new improved Cortex A9 dual-core, and follow it with their own quad-core come Q3.

The new quad-core will be known as the RK32xx and for now we don’t have any additional details regarding full specs, clock speeds, or an actual release date but another quad-core option is more than welcome. We have the NVIDIA Tegra 3 quad-core available now, and Samsung, Qualcomm, and TI all have their own coming later this year. Rockchip could beat them to market, but we’ll have to wait and see.

Their processors usually find their way into cheaper or budget friendly tablets, but that doesn’t mean they are of low quality. They just are a cheaper alternative to some of the others. This year Rockchip is seeking Google’s approval so devices running their CPU can have full Google support with the Play Store, and other Google Apps. Many come with Google apps hacked-on from the Chinese markets, but this will make them official.

With details still light on Samsung’s Exynos quad-core, as well as TI’s we could see Rockchip possible enter the market around the same time to tighten the competition. Would you be interested in a budget friendly quad-core tablet running Rockchip?