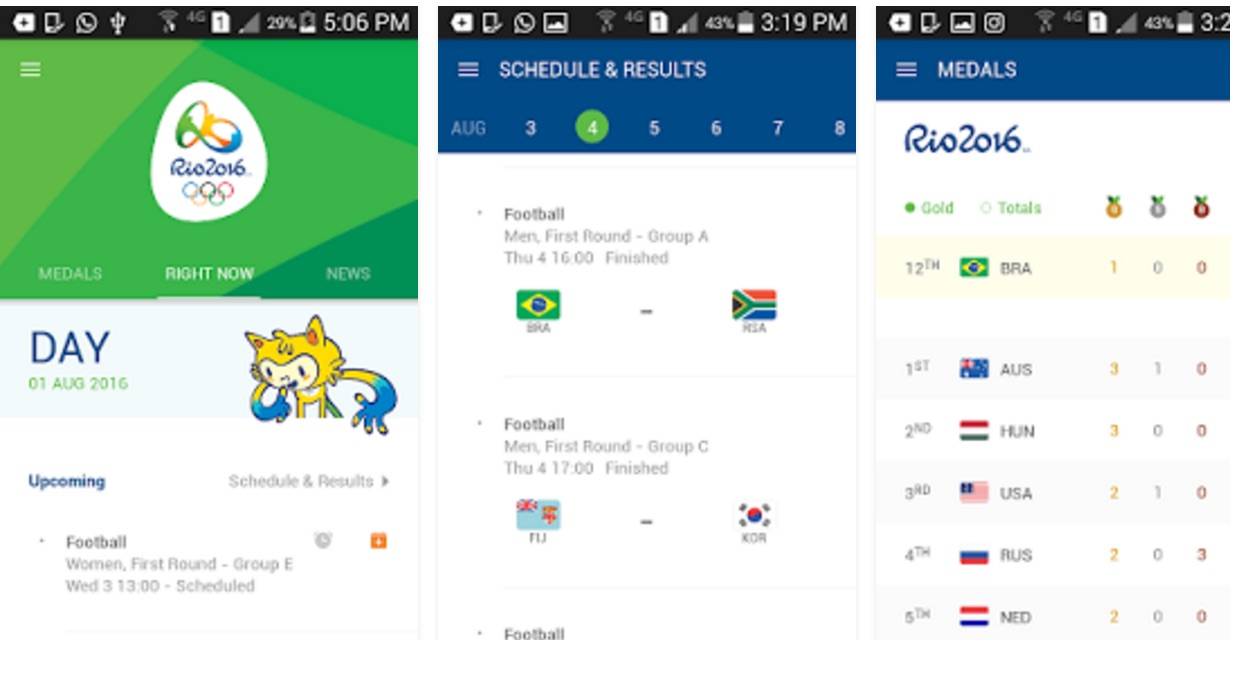 We’re just a day away from the official opening of the Rio 2016 Olympics and everyone is trying to get into the spirit, with brands and apps and social media platforms all giving their own contribution to make the games easily accessible, even if you’re not going to Brazil. The official app for the games, Rio 2016, is now updated itself I’m preparation for the glut of information that people will want to have as the games start.

The app has added a few languages and is now available in English, Portuguese, Spanish, French, Mandarin Chinese, Japanese and Korean. You will also be able to get up-to-date information in terms of the game schedules, news about all the teams and athletes that will be participating. And when the games actually start, you’ll get all the results, updated medal tally, and of course the latest news coming out of Rio. There will be photos and videos to somehow make you feel like you’re there. Well, to some extent of course.

If you’re actually going to be there in the Brazilian city to experience the Olympics in person, the app also has maps and spectator guides to help you get to watch the sports that you actually care about. And in case you have some downtime, it also gives you some tips on what to do and how to make the most out of your Rio experience.

YThere are also a lot of other apps and social media special Olympics features, but if you’re more of an “I want it from the official source” kind of person, then best have this app of course. ou can download Rio 2016 from the Google Play Store for free.