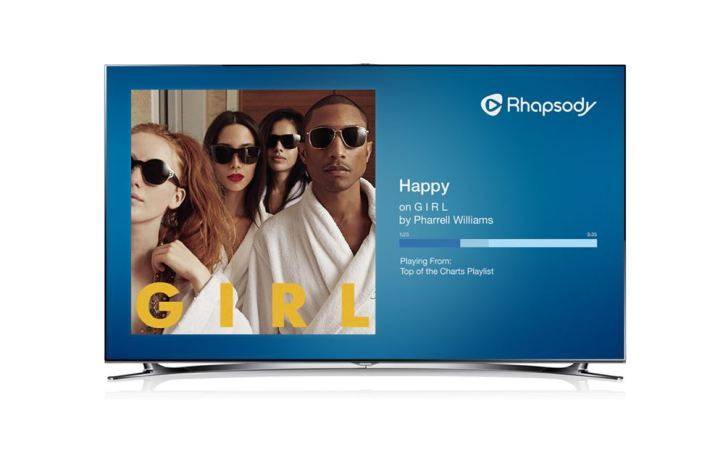 Rhapsody and Napster are coming to Chromecast. Rhapsody has announced the duo of Android apps will gain Chromecast functionality soon, with iOS integration coming later. This news rounds out most major music streaming providers with regard to Chromecast support.

Rhapsody says Chromecast functionality will work just as you might have thought: cast your streaming music, and it plays on your TV while you go on with other tasks on your mobile device. The library of over 32 million songs is there, with users having the ability to play tracks, playlists, or even stations.

Like other Chromecast apps, the icon sits at the top right, waiting for you to press it and cast your content. Rhapsody International’s SVP of Americas and Chief Product Officer Paul Springer says “Adding support for Google Chromecast is another example of our commitment to giving music lovers more ways to easily enjoy the music they love in the comfort of their own home without interruption”.

If you’re wondering why Napster is involved here, you’re likely not alone. Rhapsody purchased the upstart-gone-bust service in 2011 to stem competition from the likes of Spotify. They’ve always operated separately, though they’re pretty much the same service. Rhapsody says both Android apps are being updated starting today, so for those of you using either (or both…), be on the lookout for an update.