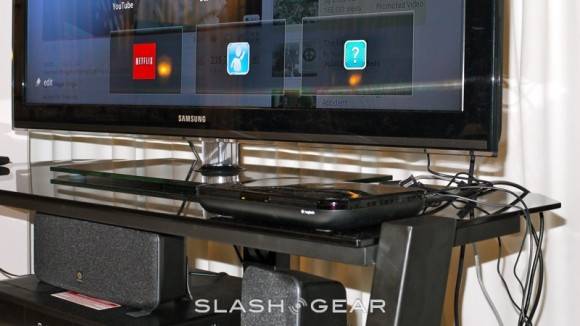 The Logitech Revue set top box was not a successful product. It was overpriced to start with and had little content to set it apart from the much cheaper competitors out there. That fact that the Revue failed so badly is no surprise looking back that the device was not popular with buyers. Logitech CEO Guerrino De Luca talked about the Revue at a recently analysts and investor day and was very blunt.

De Luca said that the entire 2010 Christmas launch for the Revue was “a mistake of implementation of a gigantic nature.” Ya think? I wonder if they don’t actually see what consumers think about products like this before they launch. The CEO even went so far as to say that the software in the Revue was in beta form when it launched. Apparently Logitech though the Revue was going to revolutionize the TV world.

If you are a Revue fan, this will be your last chance to get one of the set top boxes. Once these are gone, there will be no replacements. De Luca did say that he still thinks Google TV will succeed in the future, but it will be the “grandchild of Google TV” that will succeed. What do you think about the Revue?