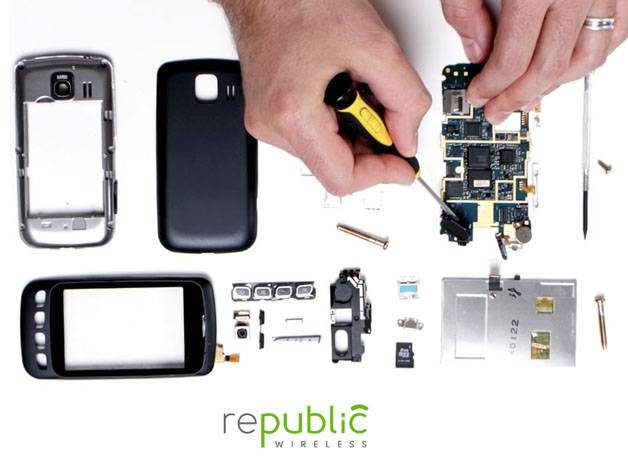 Raise your hand if you love your wireless carrier. Anyone? Consumers fed up with spotty service and limited terms have been complaining for years about lack of transparency and competition, and on November 8th, they might just have a next-generation alternative to the likes of Verizon, AT&T and T-Mobile. Republic Wireless is a new Mobile Virtual Network Operator that uses a combination of conventional cellular lines and Voice Over IP via Wifi.

So what’s the difference between Republic and simply using Skype on your current phone? The magic comes via “Hybrid Calling,” which keeps a constant connection to a Wifi hotspot and the cellular network. Calls will default to Wifi, then switch over to cellular only when necessary. This will require some new hardware and software so unfortunately, you’ll have to get a new Android phone along with the service. On the plus side, it’ll use a single mobile number no matter what system the phone is currently using.

This isn’t the be-all, end-all future of wireless, for a few reasons. One, only The Now Network will be supported at launch, and as its current customers know, that’s a lot of roaming territory. Republic Wireless will try to get agreements with other carriers as well. The current carriers don’t really have a reason to help Republic succeed, so you almost certainly won’t see the MVNO get agreements for LTE and unlimited data. But for a very specific subset of people – those who are nearly always in a range of Wifi and don’t require consistent mobile data – it will significantly lower the barrier to entry in the form of monthly payments about half as expensive as current carriers.

Details are still sparse. The company is getting its Beta launch on November the 8th – we’ll be watching with interest.