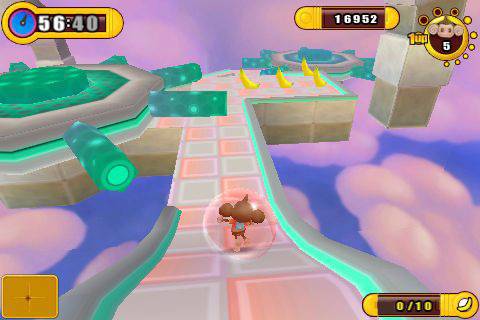 As soon as Sega started supporting Android, I had a singular, clear thought in my head: we need Super Monkey Ball. The simian franchise has been absent from Android for far too long, and the prospect of robotic monkeys notwithstanding, I don’t exaggerate when I say that it’s perfect for the smartphone/tablet form factor. According to Xperia Gamer, the Sony VIP portal has stated that Super Monkey Ball 2 will be headed to the Sony Ericsson Xperia Play soon. Huzzah!

If you’re unfamiliar with Super Monkey Ball, it started way back in 2000 as a launch title for the Nintendo GameCube. The premise is deceptively simple: you use an analog stick to guide a monkey in a plastic ball around a series of increasingly difficult boards. You don’t control the monkey, you control the movement of the ground itself, like the old marble puzzles you played with as a kid. This control scheme is perfect for the phones and tablets… which is probably why Super Monkey Ball has already been released for iOS.

The fact that SMB2 will be exclusive to the Xperia Play, at least initially, is kind of aggravating. This is one of the few games that actually functions best without traditional controls, but it’s being released on the only Android phone with a built-in game pad. There’s no information on when it will be available, or whether or not the highly enjoyable minigames that the series is known for will be included.