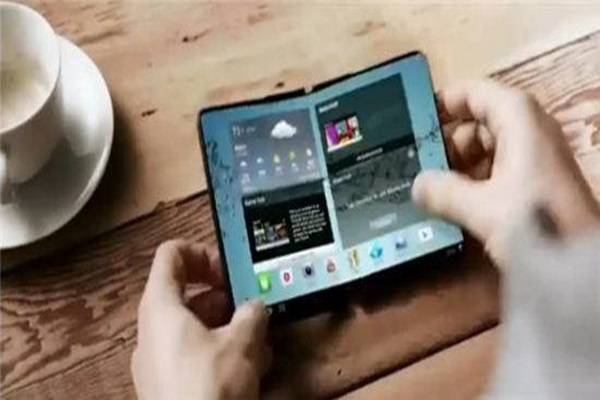 We’ve seen evidence that Samsung has patented several technologies that points to them eventually releasing a device with a foldable display (which is different from the flip phones of yesteryears). We still have no confirmation that they are indeed working on that, but a report from a South Korean website claims that their inside source says this device will be released by 2017 and that it will be a smartphone when folded and a tablet when unfolded.

Some online news outlets have already dubbed this as the smartlet (smartphone that is a tablet, in case you didn’t get it). The report had some details about the supposedly upcoming device, like the fact that it’s not just the device that can be folded, but the display as well, which is something that hasn’t been done before. If it’s folded, it’s a 5-inch smartphone and when it’s a tablet, it will be an unfolded 7-inch device. Samsung Electronics is working with Samsung Display, with the latter of course working on the OLED display.

As early as 2013, rumors have been swirling about that Samsung is looking at a foldable device and that it will be released in 2015. Well, we’re already in the year 2016, but still no concrete information. Leaks and rumors have pointed to various patents being filed, and that the device is under the codename Project Valley. It will either have Snapdragon 620 and 820 and will have 3GB RAM. But if it’s going to be released next year as per the Korean site, then we might have newer processors and RAM by then.

We haven’t heard of a clamor for foldable devices yet, but if and when they actually announce something, a lot of people will probably find it interesting, as most are always on the lookout for something new. The early rumored renders show something unique but still very much in the conceptual stage so we can’t say for sure if it is appealing.