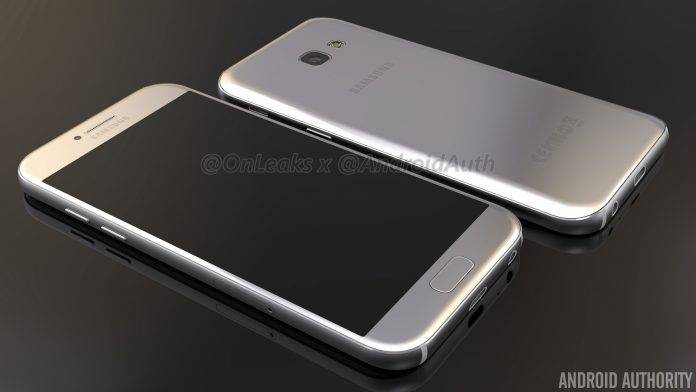 So if you’re looking at a midrange phone upgrade for next year, the Samsung Galaxy A5 might be in your sights. The Korean gadget manufacturer has been fairly regular in updating its midrange offerings on a yearly basis, and it’s more than likely that the A Series will get a 2017 update as well. These renders reportedly show the Samsung Galaxy A5 (2017), but you can be forgiven for thinking that it suspiciously looks like the Samsung Galaxy S7. 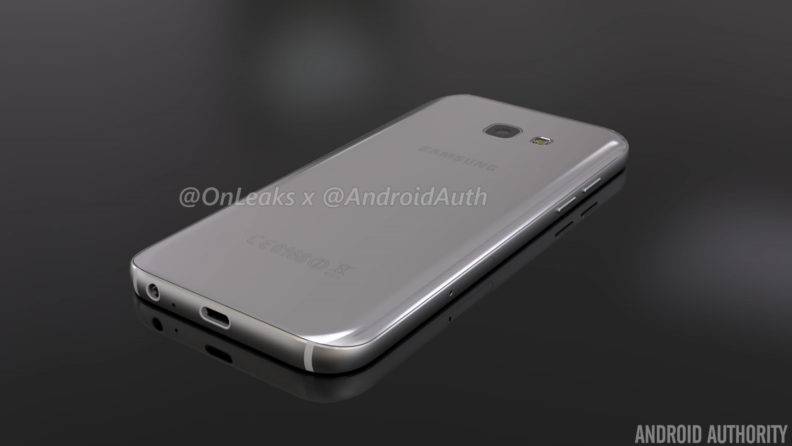 It seems that Samsung will keep doing its “trickle down” process for designs on their flagships. This means that the design language used on their flagship smartphones might start showing up on midrange offerings as well, and that’s exactly what we have going on this new leaks of what seems to be high quality CAD renders of the Samsung Galaxy A5 (2017).

From these renders, the upcoming Galaxy A5 (2017) is pretty close to being an identical twin of the Galaxy S7, with the rounded edges on the back. Other details that can be inferred from this include a side-mounted speaker, a USB Type-C port but with the 3.5mm audio jack still there, the camera module flush to the body so you get a flat back on this new device.

Rumors say that the Galaxy A5 (2017) will sport a 5.2-inch display, pretty much the same with this year’s model, but just a tad bit chunkier at 7.8mm thick. We hope that translates to a bigger battery capacity than this year’s 2,900mAh. What do you think of these images?