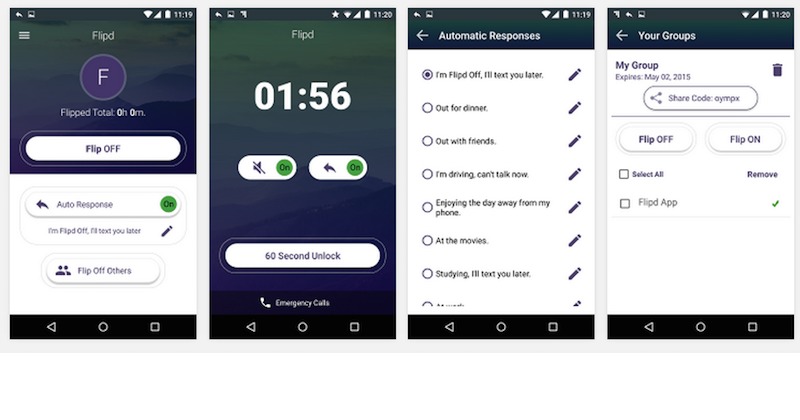 It’s not true that all developers design the Android apps and games to get you use them all the time. For you to be addicted to a mobile experience isn’t always the goal. There needs to be a balance but honestly, it can be a challenge to close the app or turn the phone off. Really, it’s too difficult to put the phone down and ignore those notifications especially when they’re from social media apps like Facebook, Facebook Messenger, Twitter, or Instagram.

You won’t admit it but how many times do you pick up your smartphone in a day? I’m guessing more than a hundred times because it’s just too tempting. The amount of time one spends checking notifications, reading emails, sending messages, talking, swiping away, or scrolling down can be totalled into a few hours, not just minutes. A new app was developed by developers to help us cut down on our mobile addiction.

Officially called as Flipd, this app might cure you of your addiction. No, it won’t give you stats of how long you’ve been holding that smartphone of yours (instead of doing what you need to do) but its ‘Advanced Lock’ feature will prevent you from opening a certain app. Log-in via Google or Facebook for the app to work and access all of Flipd features. Enable it to lock screen via the device administrator and set how long you want to be “locked out” of the phone. If you want to use the phone, you can just click on the ‘Flip Off’ button.

What’s interesting about this app is the ’60 Second Unlock’ button feature. You’re only given a one minute use of whatever app if you really need to open a certain app. That’s some discipline right there I hope the app works for you and me.