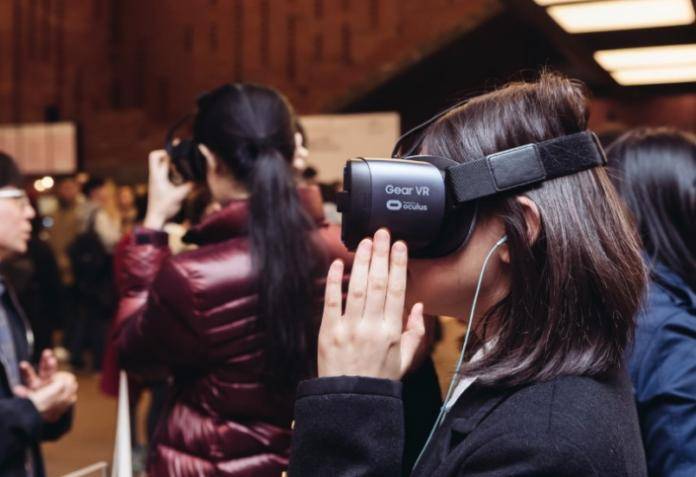 When it comes to art forms that are more visual than others, people who have low vision or are visually impaired are oftentimes left out or are inconvenienced because of their disability. But with the help of technology and also artists who are committed to be more inclusive, we are seeing improvements and advancements. Samsung previously launched the Relúmĭno visual aid application that can be used with the Gear VR to help people with visual impairments, and now they can use it to watch a dance performance.

This was put to the test with a show by the UK Candoco Dance Company who specifically created a piece of dance performance that had both disabled and non-disabled performers. It was directed by acclaimed Korean choreographer Eun-Me Ahn and the story itself was about inclusion and accessibility. Those in the audience were assisted by the Relúmĭno app so they were able to see the finer details of the performance, including movements and facial expressions.

Those with low vision were understandably excited to watch the performance and they were given the chance to try on the Gear VR headsets before the show so they can adjust the fit to something more comfortable. For some of them, it was actually the first time that they were able to really see a dance performance like this. Some were also inspired and motivated in their own journeys and using performance and art to overcome their disability.

The Samsung developers were able to interact with the audience afterwards so they will be able to improve the app later on based on real-life feedback. This will help them come up with new features that will be useful to actual users and also improve on what they already have.