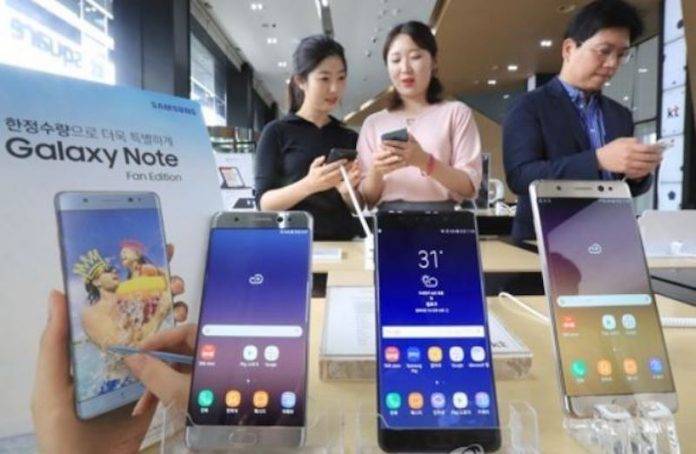 If you think people would be apprehensive about owning a device that is partly made up of parts of a smartphone that caught on fire, well, in South Korea at least, you would have been mistaken. The refurbished Samsung Galaxy Note 7, refurbished and rebranded as the Galaxy Note FE (Fan Edition) appears to have sold out already in its native country. There are no more plans to sell more units and the company is still reviewing whether or not to sell it in other countries.

When the Galaxy Note FE started selling in July, people knew that it utilized some parts of the ill-fated Galaxy Note 7 (probably not the defective batteries of course). According to sources, In just two months, they were able to sell all 400,000 units that were earmarked for South Korea. It was priced at 699,600 won (US$620) which was actually 300,000 won cheaper than the original Galaxy Note 7. It also had a battery capacity of 3200 mAh, understandably lower than the 3500 mAh of the original.

Just last week, the Galaxy Note 8 was finally unveiled, and this was the final test of whether Samsung was officially forgiven by the public with the global recall of the defective Galaxy Note 7. While public reception for the flagship Galaxy S8 and Galaxy S8+ devices were mostly positive, the success of an actual new Note would help cancel out whatever damage the previous one did. So far, there are no reports of any major problems.

As for the Galaxy Note FE, Samsung is still reportedly reviewing whether they will be releasing it to countries outside of South Korea. But now that the Galaxy Note 8 is coming out on September 15, there may not be a need for a new phablet anymore, unless the price is much more affordable.