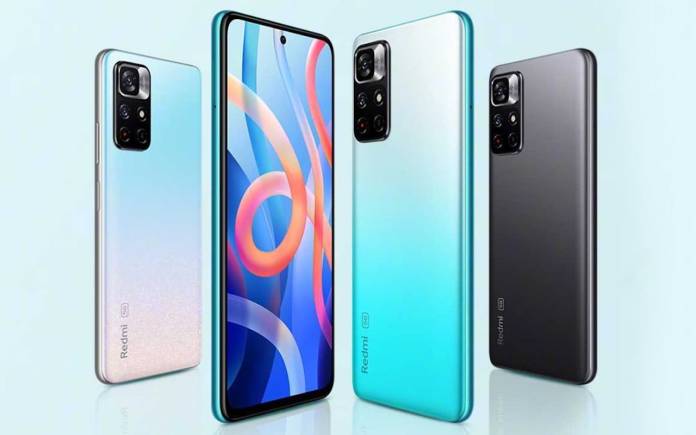 Like its parent company Xiaomi, Redmi has always been prolific when it comes to releasing new phones. Back in November, the Redmi Note 11 4G launched in China. The phone series was introduced a month earlier and this year, we will get to see new variants starting with the Redmi Note 11T Pro. A phone with model number 2201116SG was sighted on the FCC. This means an impending launch that we’ll just have to wait for. The handset will be a new a variant with slightly changed specs and features.

The Redmi Note 11T Pro is said to arrive in three RAM and storage configurations. There will be the entry level 6GB RAM with 64GB and one with 128GB onboard storage. The third one will come with 8GB of RAM and 128GB storage. The phone will run on a large 4900mAh battery with 67W fast charging support.

A model number 2201116PG refers to a POCO phone. Normally, we would regard them as two different phones but they share a number of similarities like the MIUI 13, 5G connectivity, dual-band 2.4GHz and 5GHz WiFi support.

The POCO X4 has been discovered before on the IMEI database. That pointed to an Indian version also being sighted. Specifically, the FCC spot is for the POCO X4 NFC which is separate from the POCO X4. The two are expected to be similar in design but have differences in specs.

If we are to believe the 5G connectivity, then then POCO X4 and POCO X4 NFC will be the first 5G phones under the POCO X line. That will be the start for more 5G phones to be delivery by these Chinese brands.