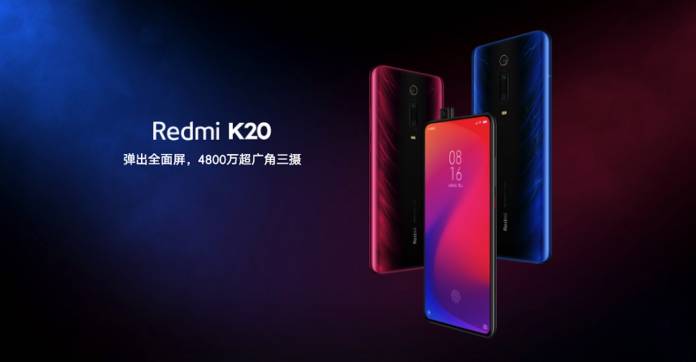 Xiaomi sub-brand Redmi has two new offers: the Redmi K20 and the Redmi K20 Pro. These two variants are similar in many ways. We first heard about the duo a couple of weeks ago and said they will be powered by Snapdragon 855. Only the Pro model runs on the premium mobile processor as the regular K20 is powered by Snapdragon 730. The phones are now out in China but they will also be released in other countries. For one, Russia will receive the devices with different names–the Xiaomi Mi 9T and Mi 9T Pro.

The Redmi K20 and K20 Pro are from the flagship Redmi series but they are still affordable. The downgraded processor seems to be the only major difference aside from the price.

The Xiaomi Redmi K20 Pro comes equipped with a 6.39-inch Super AMOLED screen with 1080 x 2340 pixel resolution, 64GB or 128GB/256GB onboard storage, Qualcomm Snapdragon 855 chipset, 6GB/8GB of RAM, and a 4000mAh battery. When it comes to mobile photography, you can take advantage of the triple 48MP rear camera system with 13MP ultrawide + 8MP telephoto and a pop-up 20MP selfie shooter.

Meanwhile, the entry-level Redmi K20 boasts almost the same specs except for the processor. Even the battery capacity is the same.

As for the pricing, the Redmi K20 Pro costs about $390 (350 EUR) while the other variant is more affordable at $290 (260 EUR). The Pro version is still not expensive for a Snapdragon 855-powered phone. If you’re looking for a new premium Android smartphone, you can consider this one.

The screens of the K20 and K20 Pro are almost bezel-less as made possible by the hidden pop-up selfie camera. The camera design is slowly becoming a standard not only in high-end phones but also in some mid-range models. The only disadvantage we see is that both have no SD card slot. But then again, the 64GB, 128GB, or 256GB built-in storage should be enough.